The White House announced plans Thursday morning to combine the federal education and labor departments, creating a Department of Education and the Workforce.

Although no specific details were provided regarding the proposed merger, which would need Congressional approval, it is part of the Trump administration’s larger goal of reorganizing the federal government in hopes of reducing its massive size and increasing efficiency. 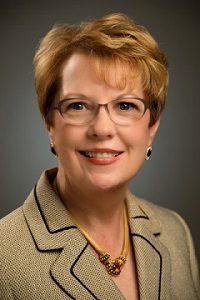 Some academics described potential positive and negative implications for higher education, adding that the announcement was not a surprise.

“Trump has had a consistent message about limiting the size of government, and this is consistent with what he has announced he would like to accomplish,” said Dr. Beth Stroble, president of Webster University. “There’s a lot to be considered here.”

Secretary of Education Betsy DeVos released a statement shortly after the announcement, urging Congress to work with the president to make the proposal a reality and noting that Trump “campaigned and won with his promise to reduce the federal footprint in education and to make the federal government more efficient and effective.”

“Today’s bold reform proposal takes a big step toward fulfilling that promise,” she said. “Artificial barriers between education and workforce programs have existed for far too long. We must reform our 20th century federal agencies to meet the challenges of the 21st century. This proposal will make the federal government more responsive to the full range of needs faced by American students, workers, and schools.”

Stroble noted that many institutions of higher learning already grasp the importance of connecting college and the workplace. Internships, career-placement services and other career-planning and workforce-development efforts are geared to meet employer needs and demands, she said.

“There has been great alignment of these two initiatives on many university campuses,’ she said. “Preparing all students for success in the future is, in part, helping them prepare for careers that give them and their families a livelihood and productivity as global citizens. If that can be supported through a streamlined focus, that’s a good thing. But if combining the departments causes restriction and narrowing to support for only technically oriented workforce-preparation programs, that would be a step backward for students and employers alike.”

Because the jobs students are being educated for now are unlikely to be the jobs they maintain for life, the labor side can help inform the education side, she said.

“I’m not sure how many areas in the two departments may overlap or duplicate,” Stroble said, “but bringing them together can potentially help all of us.”

Stroble and Dr. Catherine Millett, a senior research scientist for the Policy Evaluation and Research Center at Educational Testing Service, suggested that a merger done right would reinforce the importance of people seeking formal and informal education continually, especially given the fact that many people switch careers multiple times, start college later in life or have gaps between starting and finishing.

“More and more, the conversation is about [how] we’re no longer going to stop being learners at 18 or 22, but lifelong learners,” said Millett. “How can we think about marrying the goals that labor has had and education has had, realizing we’re taking the citizenry to where they’re going to be part of society for the rest of their adult lives? If there’s a positive spin from this [proposal], it may put a stronger connection between education opportunities and workforce opportunities under one department and promote thinking about how we can go back and forth in some of the training opportunities.”