Colleges and universities committed to using race as one of many considerations in creating a diverse student body are likely to be a lot more concerned about the risks now that the White House has announced a rollback of guidelines issued by the prior administration.

That’s the prediction of some education experts as institutions continue to react to the announcement Tuesday that the Trump administration is rescinding policy guidelines issued under the Obama administration that were intended to help schools understand how to promote diversity while complying with the most Supreme Court rulings regarding affirmative action. 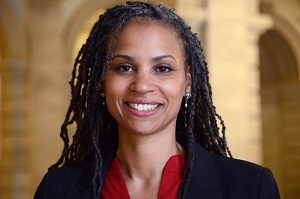 “The signal that it sends to colleges and universities is to be afraid to do what’s right in your admissions policies, or we may come for you or make it difficult by scrutinizing you,” said Maya Wiley, Henry Cohen Professor of Public and  Urban Policy and Senior Vice President for Social Justice at The New School. “It tells schools to be afraid of creating diverse and therefore high academically performing environments in college for students.”

And that, she said, creates a chilling effect on diversity efforts in the admissions process.

“Colleges and universities are risk-averse,” Wiley said. “They want to protect institutional integrity. They care about their status with the government for compliance and many other reasons. So they want clarity and guidance. There’s legitimate confusion and a desire to have some clarity and make sound judgments. I hope schools fight tooth and nail for diversity as part of their mission to do what’s most effective for students, and most effective for our country.”

Frank Wu, a Distinguished Professor at the University of California Hastings College of the Law, shared Wiley’s concern.

“Institutions have to assess risk and decide how aggressive they want to be on the one hand, and also how much or little diversity they are willing to accept on the other hand. So, some decision-makers, whether it’s the provost or the president or the board, might decide that even if the Supreme Court allows affirmative action, they won’t pursue affirmative action. That’s why the federal guidance is so important. Because it helps the institutions that might be wondering ‘How aggressive can we be? And what will cause the federal government to sue us or not sue us?’”

Some critics have called the change anti-minority at best and racist at worst.

But not Dr. Archie Ervin, president of the National Association of Diversity Officers in Higher Education.

“What the intent may be, we can’t really speculate,” he said. “I can’t assign motive, because I don’t know – they didn’t call me.”

Had they, he would have advised against the rollback. “The nation is challenged fundamentally, for historical reasons, to achieve what I think is our national obligation as a society where access is equitable and inclusive, and it’s not. And we know that. Progress toward that has been exceedingly slow.”

The out-of-the-blue pronouncement this week, he added, appears to be part of a pattern of the current administration reversing executive actions by the previous administration, which may be seen as political.

“It’s disappointing to know that this is something that is of significance in terms of the priorities of this administration,” Ervin said.

The Trump administration’s decision is interpreted by some as an endorsement of a more race-neutral approach to college admissions, although Supreme Court rulings in recent years have allowed for narrowly tailored affirmative action, specifically consideration of race along numerous factors that may be used to determine college acceptance.

Others criticized the lack of a new event or development that would suddenly make the guidelines an issue now, as well as the timing of the announcement – just days before Trump will nominate someone to replace retiring Supreme Court Justice Anthony Kennedy, who has voted in rulings in ways that have both supported and restricted affirmative action.

Institutional reaction to Tuesday’s announcement was immediate, and largely critical. In a flurry of statements, education interests expressed disappointment and defiance  while affirming the value to society of intentionally diverse educational settings – a value upheld by the Supreme Court over the last 40 years.

AASA, The School Superintendents Association issued a statement declaring its opposition to “the short-sighted” policy reversal “that would work to undermine concerted efforts underway” to judiciously use affirmative action to improve diversity on campuses. “It is imperative that the nation’s school system leaders have the flexibility they need in addressing the racial and economic diversity of their schools and students,” the statement contnued. “Given that guidance is non-binding and does not have the power of the law, AASA errs on the side of equity, diversity and flexibility, and opposes the Trump administration’s latest proposal.”

The National Association for College Admission Counseling said the rescinsion serves to “undermine” the Supreme Court’s recent rulings on the matter, most recently in 2016 in Fisher v. University of Texas at Austin. NACAC said it will “review the administration’s decision for its full impact and will work with colleges and universities to ensure that they are compliant with the Fisher ruling as well as current law. Furthermore, NACAC will continue to advocate for counseling and access to higher education on behalf of all students, including those who are underserved, underrepresented, or have unique needs.”

Peter McPherson, president of the Association of Public and Land-grant Universities, said in a statement on behalf of the organization that “public universities will continue to operate in accordance with the Constitution, state law, and past court rulings to ensure they appropriately foster a diverse campus to the benefit of all.”

Speaking for the Association of American Medical Colleges, president and CEO Dr. Darrell G. Kirch said in a statement that AAMC “will continue to advocate for the ability of each medical school to make admissions decisions consistent with its mission, and within the Supreme Court’s framework, to advance the health of all.” He said diversity among medical students “is necessary to prepare physicians to provide care to an increasingly diverse population and to address significant health disparities,” adding that considering race and ethnicity along with other factors “leads to a more engaged student body and to higher-performing students.”

There was some support for the policy rollback, including among members of Project 21, a Black leadership network initiative sponsored by the National Center for Public Policy Research, a nonpartisan conservative think tank based in Washington, D.C. In a statement issued Thursday morning, members suggested that a result would be higher academic success among Black students.

Dr. Carol M. Swain, a former professor at Vanderbilt and Princeton universities, said the Obama policy puts students “in situations where they are doomed to fail, become embittered by rising debt and frustrated with the mismatch between abilities and expectations. There are better approaches to educating minority students that are more likely to lead them to their long-term success – and available at a much broader range of institutions.”

Citing persistent racial disparities in college graduation rates, members said colleges should stop simply admitting students of color who on paper appear to be less academically prepared than other students, and instead work harder to recruit high-performing students of color with competitive standardized test scores and grade averages and then help them graduate in a timely manner, thus eliminating wide racial disparities in the percentage of students who obtain a bachelor’s degree within six years.

Project 21’s recently released set of 57 recommendations for improving Black empowerment in education and beyond, titled “Blueprint for a Better Deal for Black America,” includes suggestions such as tying a school’s federal student financial aid eligibility to a mandatory minimum graduation rate for both minority and general student populations, and increasing funding to HBCUs that do so.

“Admissions policies rooted in race preferences set Black students up to fail because they only focus on the first day of class. There’s no true investment in students’ success,” said Project 21 co-chairman Council Nedd II.

Wiley encouraged schools to stay the course, despite this week’s announcement.

“The message to schools should be, legally and constitutionally, nothing has changed, so continue to do everything in your power to continue diversity.”