After being nominated to attend the Executive Leadership Academy at the University of California at Berkeley after the deadline and less than a week before the event, he was granted acceptance and a few days later made the 18-hour journey from Bahrain, Saudi Arabia to this renowned Northern California college town. 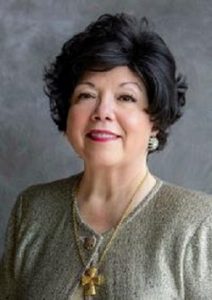 Deifalla, vice dean of academic affairs and professor of anatomy in the College of Medicine and Medical Sciences at Arabian Gulf University, brought to 49 the number of fellows in the largest and most diverse class of attendees in the exclusive program’s seven-year history.

“This academy is important as a leadership program for the skills needed on issues such as diversity,” said Deifalla.

Academy attendees aspire to the top ranks of higher education and see ELA as a vehicle to achieving that goal. This year’s session, which began Monday and ends Friday, is an intellectual boot camp designed to prepare emerging and seasoned scholars and administrators to lead in multicultural settings at colleges and universities across the nation and abroad.

Among the ranks are several newly appointed leaders to top positions such as Grande Lum, provost and vice president for academic affairs at Menlo College, and Dr. Otto H. Chang, president of the University of the West. Both are in their first month in their new roles at California schools.

The brainchild of Josefina Baltodano – former president of Wisconsin’s Marian University, a respected diversity expert and an influential career coach – ELA is housed in the Center for Studies in Higher Education in the Goldman School of Public Policy at UC-Berkeley. This year’s group will join 272 academy alums, many of whom have been promoted as administrators at levels as high as provosts, presidents and chancellors since attending the academy.

“A president was not born in a day,” Baltodano, the academy’s founder and executive director, told fellows during a session Monday. ”It takes time to develop the skills.”

The 2018 class reflects the theme “Leading in a Multicultural and Global Environment,” with 11 African-Americans, 11 Asian Americans and 10 Latino fellows among the 25 women and 24 men. They are interacting with more than two dozen presenters and speakers – many of them UC Berkeley leaders and some of them academy graduates – on more than 20 timely topics ranging from “Critical Issues in Enrollment Management” and “Legislative Issues & Campus Politics” to “Crisis Management” and “Developing Executive Presence.”

“The way to learn the theories of diversity is to work in a diverse group,” said Baltodano.

The academy is intentionally interdisciplinary and interactive, designed to familiarize fellows with what it’s like to lead an institution and to share strategies about how to get there and be effective. It is a pipeline intended to help culturally diversify the highest ranks of higher education, and fellows are urged to return to their respective schools and teach others what they have learned.

Dr. Joseph I. Castro is doing that. Since graduating in the first class in 2011, he has recommended 15 others who were accepted into the academy. Along the way, Castro, who served as special assistant to the chancellor and vice chancellor for student academic affairs at UC San Francisco in 2010, became interim dean of the school’s graduate division the following year and in 2013 was appointed president of California State University – Fresno.

A track record of accomplishment can help lay the foundation for promotion into management. But an institution’s top leader also needs wise and confident presentation, Baltodano told fellows Monday as she led them through a hands-on session titled “28 Key Higher Education Leadership Skills.”

Baltodano, who has executive-coached 30 individuals to president or chancellor positions, shared tips and strategies to enhance resumes, cover letters and interviews. However, she devoted most of the session to a six-page leadership experience inventory that she uses to help individuals identify their key strengths and any “soft spots” that need special attention. Fellows huddled in small groups to share and discuss their self-assessments.

“Completing this inventory was not an easy task,” said Dr. Marcheta P. Evans, provost and vice president for academic affairs at Our Lady of the Lake University in San Antonio. “Culturally, I was always taught that to serve is who I am at my core, so listing accomplishments goes against my DNA. However, in utilizing the inventory, I was able to reflect on my work and understand what I need to do to move to the next level in my professional goals.”

Many fellows identified conflict management and resolution as an area of leadership in which they can improve, and engagement was high in a session titled “Conflict in the Workplace: Resolving & Leveraging Workplace Conflict, Enhancing the Quality of Multi-Cultural Higher Education Environments.”

Conflict is inevitable, yet what usually is regarded as a negative experience can become an opportunity to remind all involved of the vision, mission and values that unite an institution’s stakeholders, said the presenter, Dr. Elnora Tena Webb, president emerita of Laney College and retired executive vice chancellor of Peralta Community College District.

While possessing knowledge and mastering technical skills is important, the effective leader must be humble, engage in self-care, communicate clearly, understand his or her strengths and work to improve in challenging areas, Webb said.

“It’s really critical that you always be your authentic self,” she added. “Don’t try to be someone you’re not.”

At times, as Webb’s presentation engaged fellows, she seemed to have them spellbound.

“All of it gave us an opportunity to explore various ways of moving the university forward. It was an eye-opening moment for us,” said Evans.

“We must be prepared to understand the potential causes, costs of conflict and – believe it or not – the benefits of conflict. At times, crises or conflict may encourage new thinking and accelerate organizational change, growth, and development.”

Numerous fellows expressed a desire to learn more about the financial workings and budgeting processes of institutions of higher learning – without needing a degree in finance or accounting.

“Finance can become complicated,” Hyatt said after the practical, question-filled session. “They need to understand it because, as the president of a school, they could get in a situation where the institution is in trouble” fiscally.

Several fellows said Hyatt’s information was a big help in sorting out and learning to navigate what often is a confusing area of administration.

“More than anything in higher education, we need to see one version of the truth,” said Dr. Douglas Luke, director of academic budgeting in the Office of the Provost at the University of North Carolina at Asheville. “We need to learn how to communicate effectively to a nonfinancial audience.”