In the wake of the downfall of John Schnatter—the former CEO and founder of Papa John’s Pizza—amid the use of racist remarks, academics believe that educational institutions and other companies can learn from the organization’s mistake going forward.

Back in May, it was discovered that Schnatter used the ‘n-word’ during a conference call. According to Forbes, the call involved an acting exercise that was intended to give Schnatter knowledge in handling difficult issues.

Dr. Rochelle Parks-Yancy, a professor of management at Texas Southern University’s Jesse H. Jones School of Business, said companies need to be aware that nothing is private, especially in the age of technology. 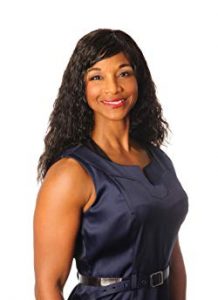 Since the Papa John’s scandal was made public, many professional sports teams and most recently, colleges and universities have responded by cutting ties with the pizza chain.

“When a brand is built around an individual, as Papa John’s is, that individual has enormous power to build and damage the brand,” said Steve Quigley, an associate professor of public relations at Boston University, adding that Schnatter’s decision to step into the NFL ‘take a knee’ controversy heightened the scrutiny he was likely to receive. “It’s an emotionally charged issue and he chose to draw the spotlight to himself. A fine idea if you behave responsibly. Not so smart if you employ emotionally charged racial epithets.”

Because he was a member of the board of trustees at The University of Louisville, the school was the first to respond to the incident and announced that they were changing their football stadium’s name from Papa John’s Cardinal Stadium to Cardinal Stadium. In addition, Schnatter resigned from the board.

Other universities quickly followed, including Morehouse College, the University of Kentucky and Oregon State University, who quickly severed ties from the company.

“If they are a vendor, supplier or if they have any sort of business dealing with the organization, then, yes, they are [going] to respond because there is an intertwining of brands in that case,” said Parks-Yancy.

Papa John’s current CEO, Steve Ritchie, was quick to distance himself from Schnatter’s comments, adding that the statement was made by one individual and does not reflect the beliefs and views of the entire company.

“Racism and insensitive language, no matter the context, will not be tolerated at any level of our company, period,” said Ritchie in a public statement released last week. “Papa John’s is not an individual. Papa John’s is a pizza company with 120,000 corporate and franchise team members around the world. These are the people in your communities from all walks of life who work hard to provide you with better service and better pizza. These are your local owners and operators who do so much in your community.”

It was announced that Papa John’s is changing its logo to not include Schnatter on the chain’s pizza boxes and all other advertising.

“Words are nice but actions are what matter,” said Quigley. “If the organization responds in a meaningful way, in terms of both words and actions, as I believe Papa John’s now  has, they have a solid chance to regain trust. Time will tell.”

The company isn’t the first to have experienced major backlash from a member of its team, however. In April, a Starbucks in Philadelphia, Pa. was in hot water after a video emerged of an employee calling the police on two Black individuals after noticing them hanging out in the café and not ordering any food or drinks.

The two men said they met at the Starbucks location to discuss a real estate deal and were waiting on a third individual, who was late.

The incident prompted nationwide outrage and resulted in a company-wide racial bias training on May 28, where all of the stores across the nation were closed for a Diversity Training Day.

Dr. Chayla Haynes Davison, an assistant professor of higher education at Texas A&M University, said she is not surprised by these growing incidents.

“I would say that these two incidents, as well as those taking place on campuses at universities of higher education across our country, are representative of the systemic forms of everyday racism,” said Davison. “Racism is insidious, and those concerned with its pervasiveness must be vigilant in addressing it.”

In April, Purdue University announced it would change the name of its Research Center in Economics to the John H. Schnatter Center for Economic Research after a generous donation from Schnatter. It is not clear whether they plan to keep the name.

Schnatter’s alma mater, Ball State University, also has an economics program with his name. Ball State officials told the Muncie Star Press that it’s too early to comment on any name change.

“At Ball State, our alumni, faculty, staff and students are committed to the Beneficence Pledge which encourages us ‘to act in a socially responsible way’ and ‘pledge to value the intrinsic worth of every member of the community,’” said BSU spokesperson Kathy Wolf in a statement.

While there are multiple messages that individuals can learn from this unfolding scandal, the main lesson, Quigley said, is quite simple: “Of course, don’t be racist or sexist or demeaning.”