Strayhorn, who recently began the new post, will serve as the chief academic and student affairs officer, assuming full responsibility for all aspects of the academic curriculum and providing  leadership to faculty, staff and students, according to the school’s president, Dr. Andrea Lewis Miller.

He also holds a professorship in Urban Education at the college. 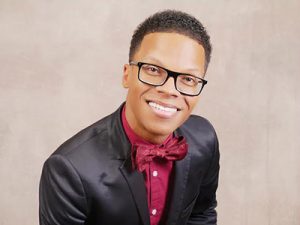 “I was looking for someone with a proven record who would also provide executive-level leadership and vision, in not only the administration of a comprehensive range of student services, but also strategic enrollment management, which is so critical for us as an enrollment-driven institution,” said Miller. “Dr. Strayhorn is exactly what LeMoyne-Owen needs for such a time as this.”

Strayhorn, who resigned from his post as a tenured faculty member at Ohio State University last year, is the founding CEO of Do Good Work Educational Consulting, a firm that uses research to address student success outcomes.

A widely sought-after lecturer, he is an expert on student success and achievement, issues of race, equity and diversity and student learning and development.

His book College Students’ Sense of Belonging: A Key to Educational Success for All Students is a popular text that faculty across the country have integrated into their educational curricula.

“As one of the country’s top diversity scholars and a foremost authority on students’ sense of belonging—especially for students of color—Dr. Strayhorn’s expertise aligns perfectly with the mission, clientele and vision of our campus,” said Miller, who was appointed the first female president of the college in 2015. “We know that transformative experiences don’t happen automatically—they’re created through intentional policies, programs and practices that are student-centered and evidenced-based. That’s what he brings to our campus—a leader who gets it and understands the unique context and nature of specialized institutions like historically Black colleges.”

Dr. William F. Tate, Dean of the Graduate School of Arts & Sciences and Vice Provost for Graduate Education at Washington University in St. Louis, hailed Strayhorn’s appointment as an “excellent win” for LeMoyne-Owen and the broader Memphis community.

“I’m excited about the fact that they’re bringing in someone with his stature as a researcher who is really engaged at the highest level,” said Tate, who also holds the Edward Mallinckrodt Distinguished University Professor in Arts & Sciences at Washington University. “Access and opportunity has been his signature work and this opportunity will allow him to align his expertise in real-time leadership at a storied and historic Black college.”

Dr. Marybeth Gasman, the Judy & Howard Berkowitz Professor of Education and director of the Penn Center for Minority Serving Institutions at the University of Pennsylvania, agrees.

“Terrell will bring enthusiasm, support and intellect to the role of interim vice president for academic and student affairs at LeMoyne-Owen,” she said. “I’m excited to see how he works with faculty and students to do the good work that HBCUs are committed to doing for their communities and their students.”

Miller, an alumnus of the college that was founded in 1862,  said Strayhorn will help the institution focus on its key priorities outlined in the college’s strategic plan, “Destination 2023”. Those priorities include:

“I believe his expertise and creativity will combine in ways that push us to see new possibilities, to develop new degree programs and offerings, and to leverage technology in new and different ways to deliver instruction,” said Miller. “His deep understanding of higher education and our student population—as a scholar and practitioner—will enrich our strategic planning, improve our processes, and ultimately help us prepare more graduates for 21st-century careers and graduate study.”

Strayhorn said he was drawn to LeMoyne-Owen’s “rich history, vibrant student body, committed faculty and staff and President Miller’s clear vision” and said that the position is a good fit for him.

“I was attracted by the college’s unapologetic commitment to educating all students and equipping every single one of them for a lifetime of scholarship, research and teaching,” said Strayhorn. “Preparing students for promising futures as leaders and scholars is social justice work, and I am so fortunate to have found an institution with the values, mission and vision that are so important to me.”

Strayhorn said he looks forward to engaging with the larger Memphis community and plans to bring civic leaders, corporate partners and school leaders together to discuss opportunities for collaboration.

“Though I just started, I’ve already been in conversation with several local leaders and pastors about strengthening ties between their groups and our campus, as a way of building pathways for their youth to reach higher and consider LeMoyne-Owen as their college destination.”