The Government Accountability Office (GOA) reported that of the 13 federal agencies surveyed that administer science, technology, engineering, and mathematics (STEM) education programs, there were 163 STEM programs funded in fiscal year 2016 that were designed to increase the number of historically underrepresented students studying or improve the quality of education in STEM.

Of the $2.9 billion spent on these programs, the National Science Foundation received about $1.2 billion that supported 20 programs, and the Department of Health and Human Services (HHS) received about $688 million that funded 54 programs. In addition to the NSF and the HHS, several other agencies received millions in funding, which included the Department of Education, the National Institute of Health (NIH), the Department of Agricultural and the Environmental Protection Agency (EPA), all of which accounted for another 89 programs aimed at improving STEM education and increasing underrepresented numbers in the STEM workforce. The National Science Foundation (NSF) is one of the largest institutions that funds research and educational programs in STEM for underrepresented minorities (URMs). Of the more than 40,000 proposals received each year for funding, NSF provides funding to more than 2,000 colleges and universities, which is about half of the higher educational institutions in the United States.

However, although Blacks make up about 12 percent of the U.S. population, according to the National Center for Education Statistics, in 2013 Black students obtained only about 11 percent of STEM undergraduate degrees, 4 percent of master’s degrees and 2 percent of doctoral degrees. While many of the STEM-related federal grant programs are exemplary, having helped move the needle on URM participation in STEM, it is clear that federally funded programs are not enough to increase the numbers of underrepresented minorities pursuing and completing degrees in STEM.

Despite billions of dollars being invested on hundreds of programs that are created to increase the number of minorities who enter STEM fields, data from Change the Equation, indicates that today’s STEM workforce is no more diverse than it was 15 years ago.

During a panel discussion hosted by a coalition of Fortune 500 companies focused on the stagnant nature of STEM diversity, one panelist from Booz Allen Hamilton stated, “I had hoped that after all these year, we would have made more progress.” The panelist went on to explain that initiatives to attack the lack of STEM diversity are not strategic enough. Furthermore, not only is there a lack-of-diversity problem, but the number of engineering and computing workers under the age of 25 have decreased by 25 percent and 15 percent, respectively, since 2001. 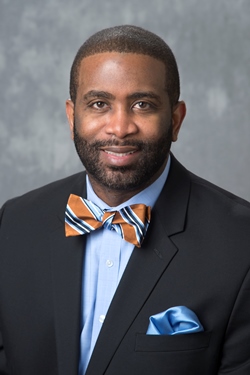 The U.S. News/Raytheon STEM Index reported that in spite of efforts to increase student’s interests in STEM, URM high school students’ interests in STEM dropped dramatically between 2009 and 2013. The data also indicates that just about every other measure of diversity has remained the same or declined since 2001. Meanwhile Whites’ and Asians’ proportion of the nations’ workforce are decreasing yet, they still dominate the STEM workforce – 87 percent of the engineering workforce and 84 percent of the computing workforce.

President and CEO of Project Lead the Way, Vince Bertram, was cited in a recent article as saying, “We continue to have a lot of work to do in terms of how we inspire and prepare students for these types of career opportunities.” In the same article, President Barack Obama, along with executives from software firms, manufacturers, engineering companies, and defense contractor, were cited as contending that the lack of STEM diversity is an outgrowth of systemic discrimination by depriving low-income schools of robust STEM programs. A lack of robust STEM programs in low-income schools perpetuates the perception that software firms, manufacturing hubs, labs, and engineering companies are the domains of Whites and Asians.

In February of 2016, the National Science Foundation released a solicitation for yet another new program. The NSF INCLUDES (Inclusion across the Nation of Communities of Learners of Underrepresented Discoverers in Engineering and Science) aims to fund approximately 40 design and development launch pilots at ~$300,000 each for the sole purpose of building collaborative alliances spanning education, public, and private sectors that aim to increase diversity. In FY 2017, the pilot projects were each eligible for an additional $12.5 million each year for five years. The NSF’s funding efforts might have a larger impact if funding was established to support the development of robust STEM programs in underserved schools within urban school districts. Twelve-million-dollar pilot programs that are directed toward underserved school districts to help foster STEM learning that integrate culturally relevant pedagogy, increase teacher professional development, and build community awareness of the societal impact of STEM-related activities would warrant a larger return on investment (ROI) with STEM diversity residuals that reach well into the future.

Quintana M. Clark is a third-year Ph.D. student in the Department of Agricultural Sciences Education and Communication at Purdue University. You can follow her on Twitter @Quincy01.

Dr. Levon T. Esters is an associate professor in the Department of Agricultural Sciences Education and Communication at Purdue University.  You can follow him on Twitter @Levon_Esters.

University of Wyoming President Reaches Out to Reservation Schools