A sociologist who studies inequality, the assistant professor at University of California – Merced recently presented a research paper at The National Bureau of Economic Research in Cambridge, Mass., about how high-profit incentives at some for-profit post-secondary schools result in fraudulent recruiting activity, low student graduation rates and comparatively low earnings for those who do graduate. On Friday, two weeks later, U.S. Secretary of Education Betsy DeVos announced the Trump administration’s plan to rescind Obama-era Gainful Employment regulations that were put in place to police for-profit and other schools receiving federal title IV funding. It’s a policy change that Eaton and others in higher education contend will leave most vulnerable the students most likely to enroll in for-profit institutions – low-income and minority students, particularly African-Americans.

“This gives a get-out-of-jail free card to for-profit colleges to enroll students with heavy loan debt without providing much educational or career benefit,” said Eaton, who also is an affiliated faculty member in the Center for Studies in Higher Education at UC–Berkeley.

Programs that consistently failed to meet debt-to-earnings guidelines would lose title IV funding. This happened at significantly higher rates to graduates of for-profit schools and some minority serving institutions (MSIs), fueling what has become an epic student loan default crisis.

MSIs and smaller schools that struggle with compliance could benefit from the policy change, said Dr. Marybeth Gasman director of the Penn Center for Minority Serving Institutions (CMSI) at the University of Pennsylvania.

But she thinks the regulatory shift is designed to help for-profit schools.

“That’s who’s mainly going to benefit from this,” said Gasman, who is also the Judy & Howard Berkowitz Professor of Education at UPenn.

“It’s quite obvious that this has to do with appeasing the for-profit industry, which the Trump administration has been doing policy by policy. I do think it’s important that schools make sure their students gain access to high-quality jobs,” said Gasman. “I don’t think Betsy DeVos really cares about higher education at all, or the students in higher education. This strips away protections for students who are trying to not be abused by for-profit predatory schools. It’s important that all institutions make sure students find employment and don’t default on loans. But for-profits are the main perpetrators of these actions and educate a lot of students of color.” 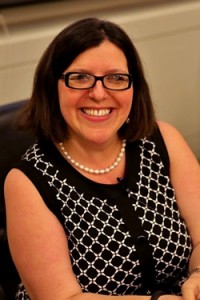 Once the education department’s proposed changes are published in the Federal Register, there will be a 30-day public comment period. The policy changes will go into effect in July 2019, scrapping the gainful employment framework, calculation and consequences of debt-to-earnings rates, calculation of a program’s cohort default rate, and program requirements regarding reporting, disclosure and certification.

In rescinding the guidelines, the education department cited “concerns raised by institutions and researchers,” including that the debt-to-earnings metric for student loan repayment was based on mortgage guidelines and not a student loan debt standard; an income-driven loan-repayment program instituted in 2015 has required payment amounts and an amortization schedule that conflict with those used to calculate the debt portion of a boirrower’s debt-to-earnings ratio; the debt-to-earnings ratio is an inaccurate proxy for performance or quality, anyway; and students couldn’t rely on the data because the regulations applied to such a small group of academic programs that students may be misled into making a misinformed enrollment decision.

In the announcement on the education department’s website, DeVos said that the department affirms the value of prospective students having access to important data about a school’s academic programs such as cost, completion rates, accreditation and consistency with licensure requirements.

The department “plans to update the College Scorecard or similar web-based tool to provide program-level outcomes” such as median earnings and median debt for every higher-ed program at title IV-participating institutions. The change will “improve transparency by providing comparable information for all programs and helping students understand what earnings they might expect based on those of prior graduates,” DeVos said, and “increase accountability of institutions by making it more difficult for institutions to misrepresent program outcomes, such as the earnings of prior graduates, since prospective students would have access to accurate data provided by the Secretary of Education.”

But there are concerns that the regulatory change will give predatory for-profit schools the green light to resume practices that have contributed disproportionately to the ranks of millions of unemployed or underemployed former college students with high student loan debt and, in many cases, no degree to show for it.

Just posting the data online is unlikely to be an adequate substitute for ensuring that college-seekers receive valuable consumer information to help inform their decisions, particularly students from underrepresented groups such as first-generation students, some said.

“It’s very much free-market, caveat emptor – buyer beware,” said Dr. Henry E. Brady, dean of the Goldman School of Public Policy and professor of political science and public policy at UC-Berkeley. “What they’re saying is, ‘We don’t need government interference in markets because people can figure out what to do.’”

However, “higher education is not like buying a bushel of apples, where you can pick up an apple and tell whether it’s a good apple or not and the value,” Brady said. “Higher education is different. There have been a lot of slick marketing approaches by these for-profits, and a lot of these schools have failed. That’s why these regulations were put in. Once they’re gone, I fear we will have more scams. This is allowing these for-profits to go out and create lifelong debt for these students that they can’t dig themselves out of. You’re left holding the bag as a student and have tremendous debt in loans, and the institutions just go off into the sunset making more and more and more money.”

Although major for-profit educational groups such as Corinthian Colleges and ITT Technical Institute lost access to federal loan money after investigations into fraudulent practices, the policy change could open the door to others.

“There’s no reason to believe others won’t go back to irresponsible behavior and inadequate educational support,” said Eaton. “The research is fairly overwhelming.”