UNC Leaders: ‘We do not support lawlessness’ - Higher Education

UNC Leaders: ‘We do not support lawlessness’

Administrators from the University of North Carolina at Chapel Hill and the UNC System issued a statement Tuesday evening condemning the “mob actions” that led to the removal of the Confederate “Silent Sam” statue from its pedestal.

“This protest was carried out in a highly organized manner and included a number of people unaffiliated with the University,” the statement said. “While we respect that protesters have the right to demonstrate, they do not have the right to damage state property.” 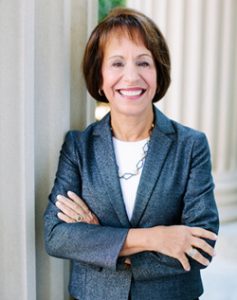 “While we are grateful that no one, including our police officers, was injured during last night’s protest, we will never condone mob actions and always encourage peaceful and respectful demonstrations on our campus,” the statement concluded.

“They are acting as if the opposition to Silent Sam is coming from off-campus,” he said of UNC leaders. He added that he was impressed with the ways UNC students shared what they learned about the monument’s history and inspired others to take action.

Bowles was particularly impressed by the banners students draped over the Silent Sam statue during Monday’s protests.

“I think the students are the ones who have made people aware,” Bowles said. “Now that Silent Sam has been toppled, this presents the university with an opportunity to start a dialogue about how best to represent the university’s history.”

This could include addressing what UNC has to take responsibility for and who – and whose achievements – the university has neglected historically, Bowles said. It is also a moment for campus leaders to continue the dialogue started by students about public art and monuments on campus while exploring ways to involve the entire campus in thinking constructively about the past, he added.

Since Monday’s protests, UNC leaders have asked the North Carolina State Bureau of Investigation to assist police in investigating the incident in order to “hold those responsible accountable for their actions,” according to the joint statement.