As a result of its various programs and initiatives that make diversity and inclusion a top priority on campus, Virginia Commonwealth University (VCU) has been ranked as one of Diverse’s Top 100 institutions for minority students enrolled in undergraduate and graduate programs.

According to Dr. Tomikia P. LeGrande, vice provost for strategic enrollment management, about one third of VCU’s incoming class are first-generation students and one third are low-income students. In general, VCU has a student population of around 31,000 with representations from 101 countries and all 50 states.

“What we’ve found when we’ve looked at data from why students select VCU, [is that] one of the top reasons they select VCU is because of its diversity,” says Dr. Sybil C. Halloran, senior associate vice provost of strategic enrollment management. “So we have students here that appreciate diversity, understand it and frankly, expect it.”

VCU offers resources for first-generation students that guide them through their college journey, from new-student orientation to graduation day. For example, the “You First at VCU” initiative was created in order to address academic success, social integration and provide family support for first-generation college students.

“I think the ‘You First’ model is an example of how VCU thinks through continuing to build and expand our infrastructure in a way that speaks to this goal of degree progress for these groups of students,” says LeGrande. 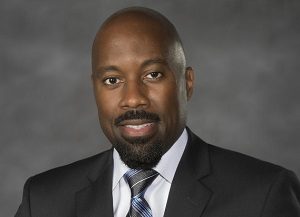 In addition, in order to increase the population of Latinos at VCU, the Primeros Pasos program was established. The program provides Latino high school students and their families with an overview about the college experience and VCU in general.

For the incoming freshman class, VCU created the Summer Scholars Program to help with the college transition period. It’s a five-week program that allow students to receive six college credits, meet new and returning VCU students and become familiar with the campus as well as with the city of Richmond.

In order to establish a faculty that is committed to a diverse learning environment, VCU created the Office of Faculty of Recruitment and Retention and the Division for Inclusive Excellence.

“These two divisions have worked together very well in recruiting and retaining faculty who are the best in teaching and measuring across disciplines and across diverse student populations,” says Dr. Aashir Nasim, who is the vice president for inclusive excellence.

In addition, VCU developed the Center for Teaching and Learning Excellence, which aims to establish effective techniques for professors to use in their classrooms in order to promote student success. Students are given the ability to connect the classroom to the real world.

“Over the course of years, VCU has built a strong infrastructure in terms of offices that work collaboratively to hire faculty and retain good faculty,” says Nasim. “We’ve done an exceptional job in making sure that all of our professors and faculty interact with students in the classroom and can help students relate and apply what they learn in the classroom to the real world, which works particularly well for underrepresented minority students. And we’ve been able to cultivate a campus climate where students feel a high degree of belongingness and pride where they are. We know that those things lead to their success.”

According to the 2015 Education Trust report, “Rising Tide: Do College Grad Rate Gains Benefit All Students,” VCU increased the six-year graduation rate for Black, Latino and Native-American students by 15.5 percent between 2003 and 2013 and narrowed the graduation gap between underrepresented minorities and their White peers by 3.3 percent over the same time period.

VCU is looking to increase the graduation rate for male students of color.

However, Nasim believes that it is important to look beyond graduation and consider career placement and professional and graduate school opportunities.

“Graduating in four, five or six years is great but what they are able to do with their degree, we think is probably much more important at this particular point,” says Nasim. “So we are kind of seeing through that. Looking at a degree as a pathway to success not just the end point.”

Though VCU has implemented a number of programs to increase student success, they still believe there is a lot of work left to be done.

“[One area we are looking to change is] thinking about the multitude of identity that our students come to the table with and looking at our data of student success to see are there pockets of areas where we can strengthen our student success?” says LeGrande. “We talk about students of color but how do we think about that relative to how students identify with sexual orientation and the intersection of those things. So are we moving all of those students along in a way that represents our commitment to inclusion and equity?”