Stop Reducing International Students to Toddlers on Your Campuses

One day I was sitting in the office while all of my co-workers were out for lunch. A female Chinese international student came in and asked for assistance in completing a registration form.

After providing her with instructions, it was clear that the student was still confused.

“Do you speak Chinese?” I asked her in Chinese.

Instantly, I saw a spark in her eyes. She told me in Chinese that this was her first semester and that she was still confused about which website she should go to find the form. I explained everything to her again in Chinese. This time she seemed much more comfortable, and the conversation went smooth and natural. She even used this opportunity to ask me a few other questions, which she would not have asked if we were talking in English. I had a casual conversation with her. I asked how she’s adjusting and how she’s been feeling so far. She told me that she felt like a “toddler” in the U.S. 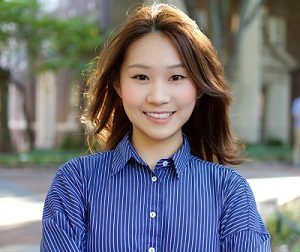 I know exactly what she’s talking about. As a Chinese person who came to the U.S. a few years ago, I completely empathize with her experience. When you can’t have a meaningful conversation with people, when you can’t express yourself fully, when you don’t understand what people just said, when you are confused about the culture, the mannerisms and are constantly confused about what’s going on around you, you feel like a toddler.  You feel like a fool. I call it the “Toddler Syndrome” among international students in the U.S, especially those who come from non-English speaking countries and are not familiar with Western culture.

The student of this story has a TOEFL score of 109, which is much higher than the university requirement. Yet, she still feels uneasy when communicating in English face-to-face. The barrier caused by the language and cultural difference has overshadowed her intelligence, humor and competitiveness, and turned her into a “toddler” who feels and is treated as though she is inferior.

Like the international student that I encountered in my office, having a higher TOEFL score does not mean the student does not have trouble communicating in reality. Communication problems can cause a lot of negative consequences because of the nervousness and awkwardness of speaking in English. As a result, there’s a natural tendency for international students to avoid complex interaction with English speaking people.

According to several studies, international students find it difficult to make trustworthy friends to talk to about personal problems, and are too shy to ask for clarifications and help when they need support. This can cause social alienation and segregation. Scholars have come to a general consensus that language barriers and cultural differences are the main cause of acculturative stress, and therefore make international students feel lonely, isolated, meaningless, powerless, socially ostracized, anxious, and depressed. In 2013, among the 130 Chinese international students at Yale, 45 percent  reported having a symptom of depression, and 29 percent  reported symptoms of anxiety due to academic stress, language difficulty, social isolation, and culture shock, numbers that were nearly triple the rate of domestic students.

Workshops and curriculum designed to help international students with their English fluency and college-level writing would certainly be helpful. For example, freshman international students should be allowed to take those English classes for credits during their first year of college. Learning a language is a continuous process, and it is more effective if international students attend such workshops regularly for a period of time. However, it is impractical for international students to make time to attend extra curriculum workshops on a regular basis since most of their time is already occupied by the challenging readings and assignments from the courses in which they are enrolled. Therefore, providing a curriculum so that international students could earn college credits will help them to better incorporate the process of improving English into their busy schedules. Doing so will help these students reach their potential and contribute their unique perspectives to these academic spaces. Once this happens, everyone will benefit.

Mengchen Ge recently graduated from the University of Pennsylvania with an M.S.Ed. in Higher Education. She has served in Penn Law LLM program where she primarily worked with international students.