On the one-year anniversary of the deadly white supremacist rally in Charlottesville, Virginia, it seemed important to reflect on how we, as concerned citizens, can and have responded to the continued existence of hate in our communities.

Over the past year, I have continued my now four-year long research project on this issue, attending protests at white supremacist rallies in Stone Mountain and Newnan, Georgia; Columbia, South Carolina and on August 12th in Washington, DC. I’ve followed closely the news reports of similar protests in Portland, Oregon and elsewhere in the country. 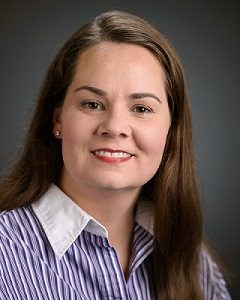 The impetus for my original interest in this issue was the famous proclamation by Justice Louis Brandeis in Whitney v. California, where he stated that when met with harmful speech, “the remedy to be applied is more speech.” This mantra is common in the United States. But how do we engage in “more speech?” And when we do, does it work?

I think the presence of thousands of people in Washington, DC who recently protested Unite the Right 2, compared to the small number of white supremacists who showed up looking for a Charlottesville 2, demonstrates that we are winning — that combating hate speech is worth the fight and can be successful.

But questions remain as we bask in successes and lament continued violence. What is the reality of countering hate speech in our democratic spaces? The government has placed the entirety of the burden of combating hate on its citizens, and that burden has been a heavy one, littered with violence. In what follows, I will provide two brief scenarios to consider as we move forward from our memories of Charlottesville.

Scenario one: online spaces. Let’s say I decide to participate in what is increasingly becoming the most widely used space for free expression in our democracy— social media. I am met with a racist, white supremacist, sexist, and/or anti-LGBTQ Tweet or Facebook post. I decide to take on the responsibility my government has left solely to me as a citizen and engage in “more speech.” But what are the risks in this space? If I am a woman, a person of color, LGBTQ, or other minoritized person, the risk to myself and my family is especially acute. I risk death threats, rape threats, or doxxing. Some might argue that doxxing is no big deal because anyone who can Google can likely find my home address or family members’ names. But the ease of finding that information isn’t the issue (it should be, but that ship has long sailed). The issue is that doxxing is a call to action — an encouragement to others to act on that information. Publishing personal information on social media encourages audiences to use that information to harass, intimidate, threaten, or worse.

The reality of meeting hate speech with more speech in this particular space is one that involves the effective nullification of my ability to participate safely in my democracy. Our laws haven’t really caught up with our technology. To be clear, participating in democracy has never been completely safe, as any cursory knowledge of social movements makes clear. Yet, our government seems quick to provide us with the burden of combating hate without the spaces needed to make that fight fair.

Scenario two: protest spaces. Seeing that yet another white supremacist rally is being planned, perhaps this time in my hometown, I decide to join others in protesting the rally. Again, this is the only option available for countering hate speech in our country; the government will not preemptively deny hate groups’ permits and police protection will be provided — for the hate group.

The very government that tells us to speak out, often violently shuts us up in this space. In the small town of Newnan, I watched police dressed in combat fatigues, armed with heavy artillery, violently push peaceful protesters to the ground (including a National Lawyers Guild observer), handcuff people, and finally point guns in their faces when they inadvertently stepped off a crowded sidewalk.

Anyone watching the news coming out of Portland in early August saw much worse. A protester was seriously injured when police launched a flash grenade that lodged in the protester’s helmet, hitting his skull. Although there are conflicting reports about whether a dispersal order was given, what I learned from Columbia in 2015 and Stone Mountain in 2016 and Charlottesville in 2017 and Newnan in 2018 is that engaging in more speech is a risky business when police turn on protesters. Again, this is nothing new in our history. We’ve all seen pictures from the Civil Rights Movement, the anti-war movement, or Black Lives Matter protests, among others — protest, it seems, is always a risky proposition.

Some are quick to note that violence comes from “both sides.” Acts of symbolic violence and actual physical violence from protesters, not just police, is certainly an issue worthy of continued discussion. But for all of us who care about confronting white supremacy, I think it is just as important to see the reality of our contemporary moment. The democratic spaces where we are encouraged to confront hate speech with more speech are becoming increasingly dangerous to navigate.

Many have taken on the more speech burden, at great personal risk, as Heather Heyer’s tragic death makes clear. But should participating in our democracy be this dangerous? By protecting hate groups and equating anti-racist protesters with such groups, our police and government officials are contributing to the danger of being in our democratic spaces. Our country needs a shift in how it understands free speech and the role of police protection of hate groups, especially if we are going to continue to win this fight. We don’t need more reasons to remain silent and stay home. We need more avenues for meeting the burden placed on us by our government, more avenues for meeting hate speech with more speech.

Billie Murray is an associate professor of Communication and Faculty in Residence in the Center for Peace and Justice Education at Villanova University.

Why I Won’t Give Up on My Fraternity