A campaign is set to launch at Colorado State University in response to an April 30 incident when two Native American brothers touring the campus were searched and detained by police, according to a press release issued this week. 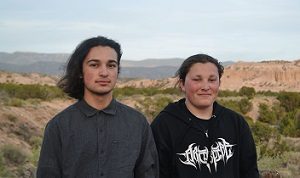 The American Civil Liberties Union, which is launching the,“Living While Black,” campaign and representing the brothers, sent a demand letter to the college this week asking for changes to campus police training and policies.

Kanewakeron Thomas Gray and Skanahwati Lloyd Gray were detained, questioned and searched by police after a parent, who was also touring the campus, called E-911 dispatch because the men, “really stand out,” according to the press release which cited a Washington Post article published in May.

The campaign will provide resources to students who wish to lobby on college campuses that have police forces.