More can be done to recruit women into the field of cybersecurity, according to a recent survey conducted by Champlain College Online, a private, regionally accredited institution.

The report, titled “The State of the Cybersecurity Workforce and Higher Education” was issued in a randomized, nationally representative sample of more than 1,000 participants to survey opinions on and awareness of cybersecurity and issues surrounding minorities and women in cybersecurity and what the recruitment efforts towards adults should be. “… It’s clear that higher learning institutions have an opportunity to create programs that provide basic cybersecurity instruction to women, and give women the chance to work with mentors, instructors, and local businesses to see how they might fit into a cybersecurity role; additionally, employers looking to recruit more cybersecurity workers have an opportunity to conduct outreach specific to their female employees, giving them a pathway to a career they might not have considered otherwise,” the report said.

Michelle Tufford, CEO of OnlineDegreeDatabase.com said that the cybersecurity field is a growing industry and many jobs have gone unfilled.

“I think there are a lot of people who worry about cybersecurity, so this means that there would be a hot potential opportunity for cybersecurity training,” Tufford said.

Marcello told Diverse that a possible reason why women don’t see themselves working in science, technology, mathematics and engineering (STEM) fields is because “there’s bias in our education system”.

“Often times we talk about implicit bias, which is [when] people don’t really recognize what they’re doing, it’s so ingrained,” she said.

One of the survey questions asked participants (male and female) reasons why they would not return to college to pursue a cybersecurity education to attain a job in the field. The report found that:

A possible solution would be for colleges and universities and companies to have outreach programs for underrepresented groups such as women and minorities, as well as for individuals who may have an interest in the field despite a lack of a college education, the report said. 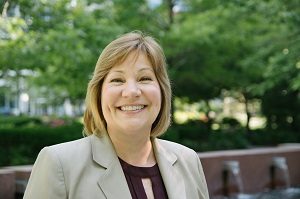 “I think that it’s really important to look at the employment data to make it clear that there is lots of opportunity in this field [of cybersecurity] and that there are many options available, regardless of where you’re starting from in terms of your background,” Tufford said.

In addition, the results of the survey also found that participants think it would be a good idea to require every degree program to have students take a basic cybersecurity course.

“Cybersecurity is so critical to our country when you think about potential risks from just a risk assessment or when you think about how much information is sort of valued within an enterprise, this is something we’re exploring,” according to the report, which added that “given the importance of cybersecurity in today’s national landscape, organizations must build the cybersecurity workforce they wish to see – working with colleges and universities to build and promote robust technology programs, conducting targeted outreach to underrepresented groups, providing information on the benefits of shifting careers,” and “finding ways to attract individuals who may not see themselves as tech-savvy enough to enter the field.”

University of Michigan to Build Innovation Center in Downtown Detroit