BERKELEY, Calif. – At first, Krystal Lyons thought she was headed to another one of those conferences where you frequently check your cell phone under the table because you’ve heard it all before.

But she was delighted to find that assumption wrong within the first few hours of the Executive Leadership Academy (ELA) at the University of California – Berkeley. Lyons, a senior director for operations and budget at the University of La Verne College of Law, says she kept being surprised by how much she learned from the informative sessions, engaging speakers and other fellows.

In fact, Lyons was so engrossed the ­first day of the ­five-day academy in July that she didn’t have the time or the desire to check email – and left her computer in her hotel room each morning before heading out to the academy at the David Brower Center on campus, she says. “I didn’t want to be distracted. I can’t remember the last time that happened.”

Well before the end of the week, that was a common refrain among fellows, who described the annual boot camp for aspiring provosts, presidents and chancellors as inspiring, confidence-building and personally transformative.

ELA is designed to prepare emerging and seasoned scholars and administrators to lead in multicultural settings at colleges and universities around the world. Among the ranks of this year’s cohort of 49 fellows were several leaders freshly appointed to top positions, including Grande Lum, provost and vice president for academic affairs at Menlo College, and Dr. Otto H. Chang, president of the University of the West.

Founded by executive director Jose­fina Castillo Baltodano – former president of Wisconsin’s Marian University, a respected diversity expert and an influential career coach – ELA is housed in the Center for Studies in Higher Education in the Goldman School of Public Policy at UC-Berkeley. This year’s class joined 272 prior alums, a number of whom have received top appointments after graduating the academy.

The 2018 class reflected the theme “Leading in a Multicultural and Global Environment,” with 11 African-Americans, 11 Asian Americans and 10 Latino fellows and several Native Americans among the 25 women and 24 men. They interacted with more than two dozen presenters and speakers – many of them academy graduates or UC Berkeley leaders – on more than 20 topics ranging from “Critical Issues in Enrollment Management,” “Legislative Issues & Campus Politics” and “Leadership & Power Across Cultures” to “Crisis Management” and “Developing Executive Presence.”

Dr. Henry E. Brady, dean of the school and the center’s interim director, lauded ELA as a “brilliant invention” by Baltodano that provides a forum to orient fellows to the realities of higher ed leadership while equipping them to address the critical issues that impact the institution and, in turn, society. 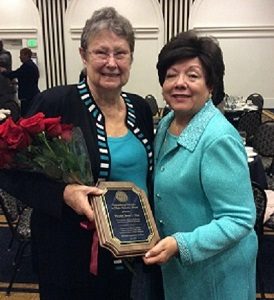 “I’d like to see us getting bigger and doing even more,” he says.

ELA is intentionally interdisciplinary and interactive, designed to familiarize fellows with what it’s like to lead a school and to share strategies about how to attain a top post and be effective. It is a pipeline intended to help culturally diversify the highest ranks of higher education, and fellows are urged to return to their respective schools and teach others what they have learned.

“The way to learn the theories of diversity is to work in a diverse group,” says Baltodano. “It’s important that we be multicultural and have real diversity among the faculty and the fellows, and we make sure we do that. We hire the right faculty and recruit talented leaders across the country. It’s an incredible laboratory.”

A track record of accomplishment can help lay the foundation for promotion into management. But an institution’s top leader also needs wise and confident presentation, Baltodano told fellows as she led them through a hands-on session titled “28 Key Higher Education Leadership Skills.”

Baltodano, who has executive-coached 30 individuals to president or chancellor positions, instructed fellows how to enhance resumes, cover letters and interviews. She devoted most of her session, however, to a leadership experience inventory that helped fellows identify their key academic leadership strengths and any “soft spots” that need special attention.

Conflict is inevitable, yet what usually is regarded as a negative experience can become an opportunity to remind all involved of the vision, mission and values that unite an institution’s stakeholders, says Webb, president emerita of Laney College and retired executive vice chancellor of the Peralta Community College District.

While possessing knowledge and mastering technical skills is important, the effective leader must be humble, engage in self-care, communicate clearly, understand his or her strengths and work to improve in challenging areas, she says.

“It’s really critical that you always be your authentic self,” she adds. “Don’t try to be someone you’re not.” Dr. Ed Bush, president of Consumnes River College, echoed Webb in his presentation, “First 100 Days as CEO,” saying that sometimes leaders are so busy emulating others that they lose their true selves.

“Embracing who you are gives you leverage,” he says. “There’s no good reason for you not to be authentic.”

It’s important to dream and visualize when entering a top executive role but also respect the institution’s history, he adds.

“Your interview is your springboard for setting your agenda,” he says. “Know that you are entering into a set community and culture, and you have to honor it. Present your qualities and not your qualifications.”

Numerous fellows expressed a desire to learn more about the financial workings and budgeting processes of institutions of higher learning – without needing a degree in finance or accounting. Jim Hyatt, UC Berkeley’s Vice Chancellor for Budget and Finance and CFO emeritus, drew on his extensive experience in budgeting, business, financial management and accreditation in presenting sessions on budget and financial resource management and multicultural issues in accreditation.

“Finance can become complicated,” says Hyatt. “They need to understand it because, as the president of a school, they could get in a situation where the institution is in trouble” financially.

Many of the faculty have been with the academy every or nearly every year, such as Dr. Johnnella E. Butler, former provost and vice president for academic affairs at Spelman College. Butler, a fellow in the first ELA class in 2011, led two sessions: “Advancing Diversity for Faculty and Student Success” and “Strategic Planning in the Disruptive Environment.”

She serves on the faculty, she says, to contribute to the preparation of future leaders from underrepresented groups as higher education faces many institutional and cultural challenges.

“With the diverse participants and presentations that throughout recognize the cultural complexities in addition to the expected development of skill sets,” Butler says, “ELA is unique, addressing the social as well as institutional silos that must be bridged for higher education on all levels to address productively our students and provide an education consistent with democratic principles. ELA is about multicultural and social justice; it is a reconceptualization of diversity. I see the possibility of change, one by one, as people go out into various institutions.”

For Col. David A. Harris, vice superintendent at the U.S. Air Force Academy, one of the many benefits was a greater appreciation of the valuable roles of community colleges, which were represented by fellows such as Sim Covington, Jr., chief diversity officer at Finger Lakes Community College in New York, and Esperanza Duarte, special assistant to the chancellor at Pima Community College in Arizona.

Fellows say they appreciated engaging with one another as much as with the faculty.

“To see these people who really seemed to be down-to-earth people – but still smart and knew what they were doing and seemed to really care about their schools – just confirmed to me that I really can do this job being who I am,” says Lyons, who wants to become a college president and whose law school dean nominated her to attend. In terms of faculty and fellows, she adds, “Josie and her team did a really good job of selecting who they did for this program.”

Dr. Ajay Gopinathan, professor and chair of the Department of Physics at UC-Merced, says the experience made him “much more open to the possibility” of becoming a top administrator.

“I confess that I had very limited ambitions for administrative or executive positions in higher ed because it seemed a very demanding and strenuous job … and would take away from my scientific research,” says Gopinathan. “At the academy, from interacting with all the fantastic role models, I realized the job is just as hard as I thought, perhaps more, but it is a passion for making a difference in the lives of students, faculty, staff, and in higher ed in general that drives all good administrators.

“Talking to all the amazing people, my fellow colleagues as well as the faculty, inspired me to try and be more like them in a variety of ways and, really, a better version of myself. They reaffirmed my faith on a bright future for higher education led by a diverse group of passionate, selfless and dedicated leaders.”

“It made it more realistic about how to get from point A to point B, especially as a woman of color,” says Jacobs. “It allowed me to see a clear pathway. The forum allowed for transparency in exploring one’s strengths and weaknesses. We are fortunate to have a place where we can talk about leadership and not be ashamed or stigmatized about wanting to be leaders.”