*Each week leading up to the election my blog posts will focus on various issues, people and policies that voters should consider as they head to the polls. This is blog #2 in that series*

I spent much of my high school tenure competing in oratorical competitions. Every weekend from late fall to spring my teammates and I would pile into a white activity bus and travel to schools across the state armed with small black notebooks, boundless nerves and the crisp words of our favorite poets, playwrights, humorists and satirists encased in clear plastic sheets.

During the school week we were a ragtag group with varied interests. There were the student government devotees hustling homecoming tickets and spirit week flyers. There were student athletes who spent more time on the bench than on the court. There were band geeks and emo kids who rejected forced socialization. There were spelling bee champs and troublemakers who were on a first name basis with the Principal. Some sought refuge in a space where their love of reading and performance could be nurtured. Others, like me, joined the team to avoid detention. Some came from families who could afford to buy the entire Encyclopedia Britannica collection at once while others knew the disappointment of having a favorite pair of sneakers placed back on the shelves because their parents let the layaway lapse. 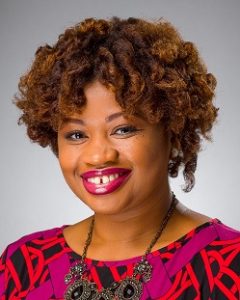 No matter what separated us in the classroom, we were a team of proud, card carrying members of the National Forensic League now known as the Speech and Debate Association. Our Coach was an HBCU alum and English teacher who taught us to expand the cannon to include the works of Zora Neale Hurston, Toni Morrison, Nikki Giovanni and Ntozake Shange. Through her we understood the Black Arts Movement and the power of art as a revolutionary act. There in a small, conservative, town nestled in the heart of the Bible Belt, we tackled the mature themes in George C. Wolfe’s “The Colored Museum,” Charles Fuller’s “A Soldier’s Play” and Maya Angelou’s “Our Grandmothers.” Across the markers of race, gender identity, social class and ethnicity, we were a team who listened to Boogie Down Productions, Jimmy Buffet, Chuck Brown, Joni Mitchell, Bob Marley and the Clark Sisters before heading into competition.

Each season we browsed rows of books and scripts to select pieces that would challenge us. It was on a bookshelf in a classroom that served as our home base that I found a tattered copy of a poem by Beah Richards entitled, A Black Woman Speaks of White Womanhood, of White Supremacy, of Peace. In the provocative piece, Richards condemns the myriad ways White supremacy erects barriers between Black and White women and prevents them from working toward a common goal of equality, justice and peace. She cites the historical tensions that rendered some women blind to their own unequal status, while damning others to permanent second class citizenship. The pervasive failure to build a representative movement based on shared gender identity reflected the reality that demography isn’t always destiny.

Richards’ words were at once haunting and intriguing for me as a high school sophomore. I lacked the language of intersectionality at the time, but I knew Richards’ words resonated with me when I thought about the failure of women’s organizations to stand up for Anita Hill even as watched the hearings on TV. I couldn’t grasp in 1991 why women of color were underrepresented in policy spaces or why more durable multiracial, multiethnic coalitions between women didn’t exist. In her seminal work Mapping the Margins: Intersectionality, Identity, and Violence Against Women, Kimberle Crenshaw (1991) cautions that “the problem with identity politics is not that it fails to transcend difference, as some critics charge, but rather the opposite- that it frequently conflates or ignores intra group differences.”

Beah Richards’ poem addressed those intra group differences as a barrier to forging a path forward. She moves effortlessly across the spans of slavery, Jim Crow segregation, and contemporary (for her time) efforts to protect civil rights for all Americans. Twenty years later, the Combahee River Collective challenged the multiple ways discrimination weakened the standing of all women. The Collective was comprised of Black queer women who worked to advance the standing of marginalized women across a range of identities. They named themselves after an 1853 raid in Combahee, South Carolina that freed 300 enslaved Africans. Led by Harriet Tubman, the Combahee raid was viewed a deliberate calling for Black women to lead movements for freedom and liberation. For the Collective, heeding that call meant resisting discrimination based on race, class, gender and sexual identity, and ability. It meant making the conscious decision to make political choices based on loyalty to people and principles rather than parties and ideologies. They believed that any credible effort to address sex discrimination had to do so in the context of multiple, overlapping identities that fuel group standing and exclusion.

The statement addressed challenges between groups and the tensions traditional notions of feminism created within communities. Positioning women’s liberation as intimately tied to universal freedom was a direct rebuke of the breakdown of the earlier coalition between abolitionists and suffragists, and the resulting centuries of mistrust that had built between White women and women of color. Recognizing these tensions, writer Alice Walker penned the term womanism to explicitly reference the meaning of feminism and freedom for women of color who exist in spaces marked by multiple, interlocking forms of oppression. This backdrop of historical tensions based on definition, access and membership provides the context for current struggles to mobilize around gender and sexual identity.

Against the backdrop of the Me Too Movement, national Women’s Marches, attacks on public policies that disproportionately affect women, and most recently, the contentious confirmation hearings for Justice Brett Kavanaugh, the midterm elections raise the specter of an intersectional gender gap. Though pundits have declared 2018 the Year of the Woman, public opinion polls reveal sharp divides in candidate support across women based on the identities of race and ethnicity. In the 2016 Presidential election 52% of White women compared to 4% of Black women and 25% of Latinas cast their ballot for the Republican nominee.

As we stand a month away from the midterm elections, we do so as a record number of women of color are running for office. Congressional candidates like Rashida Tliab of Michigan, Ilhan Omar of Minnesota, and Jahana Hayes of Connecticut. New Mexico’s Deb Haaland and Sharice Davids of Kansas are poised to become the first American Indian women ever elected to Congress. Their entry would come over 190 years after Hiram Revels of the Lumbee tribe was elected as the first African-American and first American Indian to enter the legislature.

Beyond candidates, a host of policy questions will appear on ballots across the country that will determine whether we are collectively committed to removing institutional barriers to full inclusion. Voters will ponder issues that disproportionately affect women such as reproductive rights and minimum wage guarantees. As the midterm election approaches, traditional conflicts over the meaning of feminism and womanism promise to be an influential force.

Dr. Khalilah L. Brown-Dean is an associate professor of political science  at Quinnipiac University where she writes about American politics, political psychology, and public policy. You can follow her on Twitter @KBDPHD.

Poll: Fans Not in Favor of Paying College Athletes