James E. Ryan, the new president of The University of Virginia (UVA) pledged to waive tuition for students in families whose combined income is less than $80,000 a year during his inauguration. 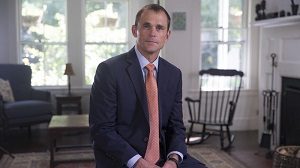 Currently, in-state tuition at UVA is around $13,700 a year. President Ryan did not say when the promise will be in effect, but said that he and UVA administrators should “get started”.

Ryan added that he wishes to see a community that “opens wide the door to opportunity” for first-generation and financially disadvantaged students, according to The Washington Post.

He also said that in-state students with parents making less than $30,000 annually will receive free tuition and room and board.