Community colleges are often the only higher education available to many individuals, most notably students from disadvantaged backgrounds. Yet, most of these institutions are woefully underfunded, which makes it almost impossible for community colleges to give students the help and support they need to reach their potential, according to the findings.

The Century Foundation (TCF), a nonpartisan think tank that seeks to reduce inequality and foster opportunity, examined community college resources and how these institutions can best be served. The report reviews some of the key issues and presents recommendations on how to effectively examine the resources that community colleges need and figure out a path to deliver those resources. 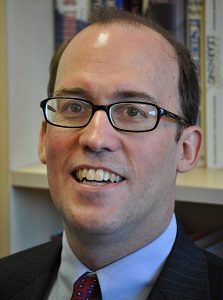 “Community colleges are the key institutions for the nation’s aspiring middle-class at a time where there is very little social mobility and high levels of inequality,” said Richard Kahlenberg, senior fellow at TCF and one of the researchers on the report. “It’s enormously important that community colleges work well, and right now they are being underfunded and delivering results that aren’t commensurate with the challenge.”

Individuals who earn an associate’s degree have higher rates of employment and significantly higher income than individuals with just a high school diploma or GED. Kahlenberg noted that many community colleges cannot keep up with student demand, which drives students to for-profit institutions, where they often don’t achieve comparable results and accrue substantial debt.

The report noted that community colleges are educating students who, on average, have greater needs, but yet two-year institutions receive less funds than four-year institutions. Empirical research is needed to make it clear to policy makers that the current level of funding is not adequate and more resources are needed.

A point of reference is that Ireland and the United Kingdom are recognizing students with greater needs deserve more resources. These nations are applying formulas that channel more resources to schools that are taking on the toughest challenges. according to Kahlenberg.

“It seems to me that should be a model for the United States to replace the existing inequitable system of underfunding the institutions that are serving students with the greatest challenges,” said Kahlenberg.

This report doesn’t provide a dollar amount. Instead, it begins a process for articulating how a study should be done by researchers to identify the dollar amount needed. Such studies are frequently done in K–12, finding the expenditure required to achieve a certain outcome.

Kahlenberg said such a study has not been done at the community college level, so TCF’s working group on community college resources is trying to create a framework for exactly how a study like that should be done. The report next spring will spell out precise terms how researchers should go about conducting a study on the level of funding required.

“Researchers can move things forward by conducting an analysis that will tell us, ‘Here is the amount of money legislators should be investing in community colleges and here is where to invest it,’” he said.

A proposal for a matching funding formula is described in the report, so that when the federal government provides funding to community colleges there would be a guarantee that states are going to provide resources as well.

“The idea of the federal-state match is that under what we’re proposing, the federal government would provide new resources to community colleges, but states would have to do their part as well and would need to make sure they’re providing adequate resources in order to get federal funding,” Kahlenberg said.

The author notes that 0ther factors that lead to student success are extra tutoring, small class sizes and intensive advising and highlights the City University of New York’s Accelerated Study in Associate Programs (ASAP) as a model.

“Part of the idea behind the research we’re proposing is to identify what the most efficient new programs are to ensure that community college students succeed,” said Kahlenberg. “It’s safe to say that given the under-funding of two-year institutions, we are unlikely to make dramatic progress for community colleges without additional resources.”

NCAA to give $200M to Members for Athlete Benefits