Campus Labs released a new report, Student Engagement as a Political Catalyst, which documents civic engagement within student organizations on college campuses over the past five academic years.

As part of their research, Campus Labs, an organization that aims to “transform higher education through the use of data,” conducted two separate analyses. One aspect of the research focused on traditional party-based student groups while the other focused on issue-based student organizations, who were not directly affiliated with political parties.

According to Campus Labs, issue-based organizations allow students to be surrounded by “like-minded individuals [in order] to pursue gains in an area of personal interest.” 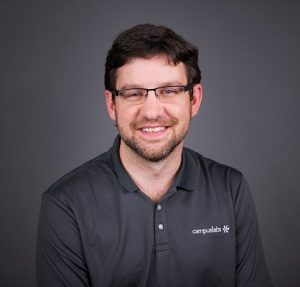 Issue-based groups can cover a variety of topics such as the economy, international affairs or the environment. The report focused on organizations such as a surf club, which extends farther than getting together to surfing. A surf club also focuses on the environmental impact on beaches such as pollution.

“I think traditional political parties have not been great about showing why their views or beliefs, in the way they operate, is relevant to the traditional 18-24 year old college age,” said Dr. Will Miller, who is Campus Labs’ assistant vice president of campus adoption and author of the report.

“I think this research is showing the idea that a student is going to look and say, ‘I am a Democrat, therefore I believe blank, blank, blank and blank’, is being replaced by, ‘I believe in blank, blank, blank, and blank, now let me find a party that will support me in getting politicians elected that will help represent my views,’” said Miller. “And that’s just a whole new world, I think, of thinking about it.”

Miller believes that the results of the research demonstrate college student’s commitment to wanting to be politically engaged.

“From a civic-engagement standpoint, this is telling us that regardless of voter turnout and registering to vote, which are obviously incredibly important actions and important metrics, this [research] is showing that on a day-to day basis, students are looking to be involved and discuss issues that make a difference to them,” said Miller.

In terms of youth voter turnout, the number is projected to increase for the 2018 midterms, according to Campus Labs.

“We anticipate that there will be a higher number of students voting this year and we are excited to see students voting and understanding their rights and opportunities with that,” said Stephanie King, who is the director of civic engagement and knowledge community initiatives at NASPA-Student Affairs Administrators in Higher Education. “And for us as educators to have a support system to encourage their participation in the election.”

Although King believes the upcoming election is important, she said that politics and policies should be discussed year-round.

“We are hoping that this report will help to create a culture for people to be talking about these types of issues and these types of bases in which our world operates, on more of a 365 instead of a once every two to four years,” said King.

In terms of future research, Miller found that the most natural next steps would be to disaggregate the data which would include looking at different institution types and student demographics.

“That’s data that we don’t necessarily have today which is why we didn’t do it,” said Miller. “But, I think finding campuses that really want to dig into not just what types of groups are succeeding, growing numbers, and having an impact but what are the types of students that are leading to have that is a logical next step. And then obviously looking at how parties respond.”