How Should College Leaders Respond to Campus Protests? - Higher Education

How Should College Leaders Respond to Campus Protests?

The way university presidents and their administrations respond to student protesters have come under scrutiny as college campuses increasingly become the venues of choice for demanding action on ire-raising topics.

How presidents react is connected to how they view activism, says Dr. OiYan Poon, an assistant professor of higher education leadership and director of the Center for Racial Justice in Education Research at Colorado State University. 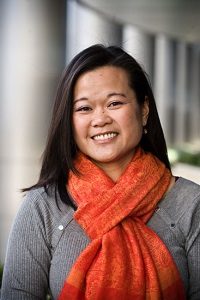 She says that negative sentiments about student activism comes out of concern for liability – that is, altercations and students damaging property.

For example, presidents may think of the violence that broke out in 2017 at the University of California at Berkeley a­fter students heard that conservative media personality Milo Yiannopoulos was to visit the campus, says Poon.

Protests broke out, and the event ultimately was canceled.

“That’s what people have stuck in their minds as what activism is. I think that’s dangerous and very unreasonable,” she says.

Activism is mainly very peaceful and very thoughtful, she adds.

For the most part, college administrators view student activism as a negative crisis, she says, but there are different ways to look at it.

“Student activism is essentially the embodiment of what higher education seeks to do, which is cultivate and actively engage those concerned about issues that matter,” Poon says.

In more than four decades at the University of Colorado Boulder (CU Boulder) Chancellor Philip DiStefano says he’s seen a number of protests and he encourages students to express their free speech rights in a peaceful and collegial manner.

“The free exchange of ideas is paramount at CU, whether debating in the classroom or passionately standing up for any cause one believes in,” says DiStefano. “Oftentimes, when students protest and ask to speak with me or my administration, we do it because we want to hear their point of view. We may not always be able to agree on a particular issue, but we do owe it to our students to be heard,” he said.

Gwendalynn Roebke, 20, a gender nonconforming student and activist at CU Boulder, was involved in a campus protest in September. Roebke and others approached administrators at a student leadership event and confronted them about the mass incarceration of Native Americans and Blacks and universities that purchase goods produced by low-wage prison laborers.

“­The topics that I find really important is anti-Blackness and really deconstructing and coming face-to-face with it and how it has kind of become a part of every culture,” says Roebke. “Why is it that Black people themselves are at the butt of movements … doing most of the work and being disregarded the most?”

Roebke was invited to the September student leadership reception on CU Boulder’s campus but brought a crowd along to protest with signs and chants.

“We went and we made our point clear. By doing it in this way, when we say, o the bat, ‘we are not to be messed with, we are not to be discounted,’ I think we got a lot stronger reaction,” says Roebke.

Roebke says that, after the protest, college administrators reached out to them to begin a dialogue about the issues raised by their protests at the event.

Perhaps that distinction really shouldn’t be there, she adds.

Roebke agrees. “I don’t think student leaders should just be those who are palatable to the administration,” says Roebke.

School administrators sometimes engage with activists who are just radical enough to invoke local conversation but do so without disturbing the power structure, adds Roebke.

College presidents have the option to respond in a number of ways to protests concerning gun control, First Amendment rights, immigration and other issues, but the reasons behind those responses are often complex, says Dr. Eddie Cole, an assistant professor at the College of William & Mary, whose research focuses on how college presidents have historically handled unrests involving race on campuses. 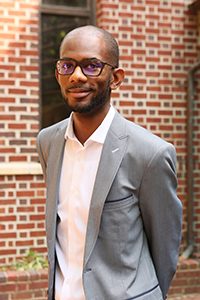 ­There isn’t much discussion about university structures and other factors affecting how presidents can respond to certain protests, he says. The decision in how to respond isn’t always left up to the president, Cole says.

Academic hierarchy plays a role, he says, adding that other institutional powerbrokers such as trustees and donors who take a deep interest in college and universities can control institutions and the actions of presidents.

“­There are influential donors who can speak with their dollars and as a result college presidents are just as interested in what a wealthy donor has to say as well as what a hundred or a thousand students protesting have to say,” says Cole.

Additionally, public university presidents could face pushback from lawmakers and be at their mercy because of budget issues, he says.

“If student protests are running opposed to something that those influential groups disagree with, the college president stands in the middle between these opposing constituents,” he says. “­There’s this illusion of being inclusive alongside the reality of being very exclusive elite groups.”

Cole adds: “Sometimes there are college presidents who are more than willing to rally behind students and what they are protesting and support students in their desires.”

In 2014, Dr. Amy Gutmann, president of the University of Pennsylvania, participated in a student “die-in” at a Christmas party. In 2015, Colorado State University (CSU) president Dr. Tony Frank stood with campus protesters as they spoke out against racism.

Poon says that Frank engaged in dialogue with student activists and answered their questions instead of dismissing them and their concerns.

CSU staff said the university held a unity event, CSUnite, last spring. Ahead of the event, Frank wrote an open letter to the campus and reiterated his support for ongoing dialogue about hot button issues between students, faculty and staff.

“All of us, though we may believe differently about many things, can come together in support of our Principles of Community and to speak out against the corrosive impacts of hate on our character and our campus,” Frank says in the letter.

One of the biggest challenges is that students are not often seen as equal partners within the academic enterprise, says Cole.

Dr. Kirk Nooks, the new president of Gordon State College, says that unlike some other college presidents, he has not experienced any student-led protests but has watched developments at other institutions.

“I think the first phrase I would use is, ‘respect,’ that is respecting the voice of the student as well as the institution,” says Nooks. “I think that once there is respect there can be a conversation and open dialogue.”

With that dialogue there comes a willingness to learn and to understand points of view, he adds.

“It goes back to education and learning from each other and trying to create a common path forward,” he says. “­That’s the approach that I would take if confronted with a certain situation.”

Still, every institution has its own nuances and every student request is going to be different, Nooks says, but adds that respect is a good place to start.

This article appeared in the November 1, 2018 edition of Diverse.