After establishing an innovative Summer Completion Initiative Grant, California State Polytechnic University at Pomona (Cal Poly Pomona), accomplished the initiative’s mission of providing the required classes and support necessary to help students with 8 units or less complete their degree. The program had a 93 percent graduation rate. 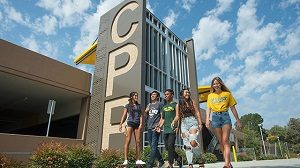 Last spring, the university reached out to more than 1,000 of its students who were eight or fewer units from finishing their degree and suggested they apply for the new grants that would pay for their tuition, books and supplies, parking and an on-campus food allowance, according to officials at Cal Poly Pomona.

“The sooner a student graduates, the sooner she can go on to secure a job. For many new alumni, this opens doors to helping their families, helping them secure a more financially stable future, build savings accounts sooner and jump-start their careers,” said California State University (CSU) president Dr. Timothy P. White.

“If you, as a student, earn your degree just one term earlier, you’ll have an immediate savings of over $13,000 and a longer term gain of about $31,000 — just by graduating one term sooner,” he said.

About 327 students who applied received grants of between $2,450 and $3,200. The cohort consisted of students who were 62 percent Pell Grant eligible, 61.8 percent were first-generation college students and 50 percent were from historically underreperesented groups.