On Citizenship and Voting - Higher Education

On Citizenship and Voting

*Each week leading up to the election my blog posts have focused on various issues, people and policies that voters should consider as they head to the polls. This is the final installment (#5) in that series.*

Jose Gutierrez was born near Guatemala City, Guatemala. Over 80 percent of the country’s 17 million residents live below the poverty line with some 40% of Guatemalans living in extreme poverty. Gutierrez was orphaned at the age of eight and tried to find his way as a “street child” in slums filled with violence and uncertainty. Determined to live a better life, he fled his home country at the age of sixteen and illegally entered the United States. He became one of nearly 5 million undocumented immigrants in the United States who live in constant fear of being detected and deported. After bouncing from various foster homes, Gutierrez eventually settled with an adoptive family in California who encouraged him to earn a green card and pursue his education. He later enlisted in the U.S. Marines hoping to better his life and build a future in his adopted country. 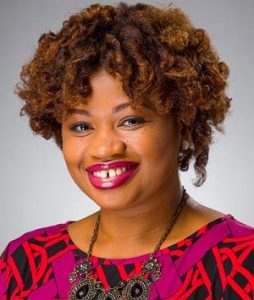 Citizenship has never been a requirement for U.S. military service. Immigrants and non-citizens have fought in every U.S. military conflict since the Revolutionary War. On any given day, over 35,000 non-citizens serve in the United States military. Some, like Jose Gutierrez, illegally entered the country and eventually became green card holders eligible for citizenship after three years of service. Others come to the U.S. as children and have lived here longer than in their country of birth. The U.S. has a long history of immigrants pursuing military service to prove their loyalty and establish that they are fit to enjoy the benefits, responsibilities and protections of American citizenship.

For example, the massive waves of Irish immigrants to the U.S. who fled the potato famine were greeted with job posters and classified ads that stated, “No Irish Need Apply.” Fighting in the American Civil War became the chief vehicle for people of Irish descent to prove their loyalty. Over 140,000 Irish immigrants fought on behalf of the Union Army and the Confederacy. Their allegiance to U.S. interests helped them gain acceptance while also heightening tensions with other excluded groups.

Military service has also been used to compel a sense of patriotism among groups long thought beyond the pale of U.S. citizenship. For example, members of the Navajo Nation were drafted into the Marine Corps during World War II to secretly transmit messages via their indigenous languages to protect U.S. troops. Over time members of Navajo, Comanche, Choctaw and Hopi Nations were drafted into service even as the U.S. battled growing demands for the protection of tribal sovereignty. By war’s end, 45,000 members of Native Nations served in the U.S. military.

Lance Corporal Jose Gutierrez enlisted because he wanted to uphold the values and safety of the United States and its residents. He died in combat in Iraq in 2003 not as a citizen, but as a patriot. As the President and supporters like Lindsey Graham attempt to weaken the meaning of citizenship, Gutierrez’s death reminds us of the many people who have given their lives fighting for countries that never fully embraced them.

In my forthcoming book for Polity Press entitled, Identity Politics in the United States: Context and Controversy, I argue that democracy in the United States is built upon the battle of ideas related to how we see ourselves, how we see others and the mechanisms available to reinforce these distinctions. As we stand hours away from the 2018 Midterm election, we have the opportunity to affirm and protect the most basic freedoms that are now under attack. Freedoms like the ability to enter a house of worship during Shabbos without fear that divisive rhetoric will stoke the flames of hatred that devolve into violence. Freedoms like the ability of school children to enjoy a holiday celebration without seeing teachers mock them by wearing border wall costumes. Freedoms like the confidence in knowing that the right to vote, the most basic guarantor of democracy, isn’t compromised by arbitrary schemes that pull senior citizens from a bus on their way to the polls or scrub people from voter rolls based on signatures.

To be sure, there are a number of historic candidacies this year. Three African-American candidates — Andrew Gillum of Florida, Ben Jealous of Maryland and Stacey Abrams of Georgia — are running for Governor while Deb Haaland of New Mexico is poised to become the first American Indian woman ever elected to Congress. In Vermont, Christine Hallquist is the first openly trans candidate to run for statewide office and Jahana Hayes of Connecticut is hoping to make the transition from National Teacher of the Year to member of the U.S. Congress. Even more important than the identities of the people running for office are the issues and constituencies they represent. For example, Lucy McBath of Georgia is one of a record number of women of color running for Congress. McBath’s 17-year-old son Jordan Davis was murdered in 2012 in Florida. Nine months after Trayvon Martin was gunned down, and five years before the shooting at Parkland, Jordan’s death inspired his Mother to address gun violence, trauma and community engagement. This is what she hopes to bring to Congress. Not just her identity, but her conviction.

This Tuesday, our communities have the potential to make our voices heard on a number of critical issues including health care, economic development, immigration, national security, social justice and public safety. In Florida, voters will have the opportunity to determine whether those previously convicted of felonies will be allowed to regain the right to vote. In a state where 1 in 3 men of color has lost the ability to vote because of a past conviction, Florida will decide whether to redefine the boundaries of exclusion. In states across the U.S. voters will choose candidates and policies that reflect their principles, not just their party affiliations.

Now more than ever, it is important for us to participate in this process — to raise our issues, raise our voices, and express our interests.

Dr. Khalilah L. Brown-Dean is an associate professor of political science at Quinnipiac University where she writes about American Politics, political psychology and public policy. You can follow her on Twitter @KBDPHD.