Is There a Limit to Academic Freedom? - Higher Education

Last month’s tragic murder of worshipers at a synagogue in Pittsburgh was a stark reminder of the need for tolerance in this country. While everyone is entitled to his own views, no one is allowed to act upon them when they harm others. This tolerance should be modeled and developed on college campuses, as young people are shaping their views and learning to interact with others from diverse backgrounds in ways that will inform their future. In some cases, however, universities are limiting freedom and tolerance for one group in their efforts to empower others. This message is counterproductive.

Recent incidents at the University of Michigan underscore the need for college administrators across the country to come together and agree on a definition of what constitutes academic freedom. The actions of two professors who refused to provide recommendations for students planning to study abroad in Israel because of their pledged BDS boycott dramatically highlighted this issue.

The University responded by sanctioning the professors and penalizing their actions, but not limiting their ability to speak out. I believe this was the correct response, and a lead that other colleges should follow. And yet, a larger discussion is clearly warranted. 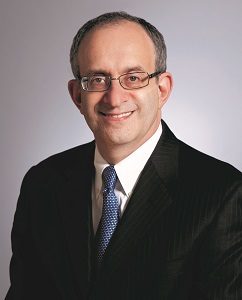 This freedom cannot come at the expense of students, it is not acceptable when it impacts students’ grades and quashes opportunities, aspirations and future career plans. A professor should not be allowed to utilize his freedom to undermine a student’s ability to achieve his or her academic or career goals.

In another instance, a biology professor required students to affirm a scientific answer to the human origin question before he would provide a letter of recommendation for that student. Refusing to write a recommendation for a student based on one’s own political viewpoints is not academic freedom, it’s abuse of power. The job of a professor is first and foremost to be an educator — to nourish students so they can be successful and be who they want to be, not who the professor wants them to be. In some cases, professors go far beyond sharing their views, they put a barricade between students and their ambitions.

When professors use “academic freedom” as a cover to limit students’ opportunities, this runs counter to the mission of an educator and university. The educational mission must always take precedence over freedom of expression.

No one believes that educators, or anyone else for that matter, are completely objective. Yet, there is good reason for professors to work on providing a classroom learning experience that is without bias and an environment where students feel safe discussing and raising views that diverge from those of the professor.

As colleges make the difficult calculus of how to balance academic freedom for professors with an open-minded environment where they can educate without bias, the guiding principle should be that students’ needs always come first, outweighing any personal views.

Here are some key questions institutions and professors must ask and answer in situations when professors’ academic freedom is impacting students freedom:

Taking an honest look at the answers to the above and setting policy based on respect for both students and faculty is the first step toward creating an environment where true learning can flourish.

At Diversifying Colleges Tenure Still a Hurdle for Women, Minorities