Cannabis and Campuses: Colleges Caught in the Middle of Marijuana Laws - Higher Education

Cannabis and Campuses: Colleges Caught in the Middle of Marijuana Laws

States continue to pass laws that legalize marijuana for medical or recreational purposes, placing colleges and universities in a position that will require them to revisit how they promote drug-abuse prevention. 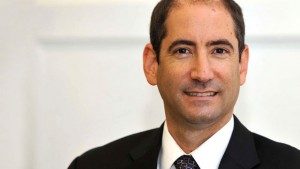 “This process has been going on now for a number of years,” said Dr. James Lange, executive director of the Higher Education Center for Alcohol and Drug Misuse, Prevention and Recovery at Ohio State University. “It’s time colleges started understanding some of the implications.”

Despite the legal changes in most states, institutions of higher education within their jurisdictions are sticking with policies that ban possession and use of cannabis. They’re likely concerned that violating federal laws such as the Controlled Substances Act and the Drug Free Schools, Community Act would cause them to lose increasingly critical federal funding if they lift bans on the drug.

Young people of traditional college age are among the rising numbers of North Americans who are using marijuana. One in every 22 college students uses marijuana daily, according to the federal Drug Enforcement Administration, which can result in penalties ranging from suspension to expulsion in most cases.

Meanwhile, licensed dispensaries are popping up across the U.S. in a growing industry that last year generated about $10 billion – more than double the amount spent on organic produce but still a small fraction of cigarette sales.

Schools should double down on efforts to remain compliant with federal laws that  discourage possession and use of marijuana in educational settings, advised Dr. Jason R. Kilmer, an associate professor of Psychiatry & Behavioral Sciences at the University of Washington and assistant director of the university’s Health& Wellness for Alcohol & Other Drug Education program in the division of student life.

The DEA still classifies cannabis as a Schedule I illicit drug, Kilmer noted, so its use and possession are illegal on college campuses and at school-sponsored events “regardless of what the states they are in may have done” in terms of passing laws that conflict with federal mandates.

“It is important for campuses in states where laws have changed to clarify and clearly communicate campus policies to students, staff and faculty, and to enforce those policies consistently,” Kilmer said. “If students are concerned about their marijuana use and are hoping to making changes, including if they make the decision to abstain, providing brief interventions and related counseling or support services can be an important part of the puzzle.”

Schools in the states that just passed marijuana pro-use laws were still digesting the developments Wednesday. “We have not made any determination regarding the consideration of policy change,” said Michel Silverthorn, associate vice president for communications at Alma College in Michigan. “With all policy considerations, we would look to see what is in the best interest of our students.”

In North Dakota, where voters on Tuesday rejected a ballot initiative to extend approved medical use to full legalization, student government leaders at North Dakota State University declined a request by Diverse to comment on the issue.

“Our organization refrains from discussing matters like these,” said Brenan Chase, executive commissioner of public relations for the NDSU Student Government. “We are representatives of the student body, and we don’t want to alienate students with personal opinions of our own. There is no policy along those lines that states our position, due to the divide of beliefs on this issue with the student body.”

Betty Aldsworth speaks on behalf of students who favor legalization. As executive director of the 20-year-old Students for Sensible Drug Policy international advocacy group, she contends that the Higher Education Act requires simply that schools have policies that address substance abuse – not that the substances be prohibited and students be sanctioned – as a condition of federal funding.

“So, a campus interested in justice might reduce sanctions for marijuana possession to something that was effectively not a sanction, like attending a brief class or repeated warnings – not a threat to their education,” said Aldsworth.

The issue can be particularly sensitive for students who live on campus and have medical certification to use cannabis to treat a chronic health condition. In cases where absolute bans are enforced and using medical marijuana must take place off school property, such students are forced to choose between suffering physically or breaking a school policy and suffering serious consequences, Aldsworth said.

“We do find that students will do what they can to use the medicine that works,” she said. “There is no other medicine for which students must leave campus to take. And so it is an undue burden on students who are already trying to make their way through school living with a serious illness. When a student is trying to manage a chronic physical condition, barriers to that pain management are going to result in barriers to their academic achievement.”

Aldsworth said her organization is aware of cases in which some schools have chosen to ignore violations by students who are registered patients with documentation to use pot for medical purposes.

“However,” she added, “as we see with all such discretionary policies, it is unevenly enforced and usually in a racially disproportionate fashion.”

“Schools should be minimizing their sanctions for marijuana use to the greatest degree possible, reducing penalties to simple warnings and developing policies designed to help and not punish students – especially when they are using substances that are otherwise legal.”

Lange, who holds multiple faculty appointments in psychology social work and public health at San Diego State University, said the conflict between campus policies and growing social acceptance and legalization of marijuana can be addressed partly by changing how prevention programming is framed.

However, “there aren’t a lot of evidence-based approaches out there because the research wasn’t really being done” in terms of how to prevent misuse of marijuana, he said. “Now we need to think about the manner it’s being used and the consequences of it being used. Is there a manner of use besides abstinence that will avoid academic consequences?”

Beyond use are a range of other issues, Lange said, such as frequency of use, impairment during and after use, processing of cannabis products and accidental overconsumption that can lead to hospitalization. Such concerns are likely to increase, as some research indicates that legalization of weed has led to more frequent use.

Various experts insist that there must be an acknowledgment of the potential problems associated with use of marijuana, which is more potent than in the past, among students.

“A number of studies have shown that as the frequency of marijuana use by college students increases, students see decreases in grade point average, are less likely to graduate on time, and report skipping more classes,” said Kilmer. “Schools with a strong commitment to student success and academic outcomes for their students will see that efforts related to prevention, intervention, education and policy enforcement surrounding marijuana use will impact the student outcomes.”