With the face of higher education changing rapidly, colleges and universities are under increasing pressure to demonstrate their value to an increasingly skeptical public. New America reports that although Americans see the value in a college degree, they are disappointed with the higher education system, with millennials most likely to believe that colleges put the needs of the schools over that of students (Fishman, Ekowo, & Ezeugo, 2017). Much of this skepticism is driven by the fact that far too many students leave college without graduating and those who complete and graduate leave college with more and more debt, averaging nearly $17,000 for those who graduate and $28,000 for those who do not graduate, a total that continues to grow every year (The College Board, 2017).

Elected officials are under pressure to respond to their constituents that are critical of higher education by holding campuses more responsible for student outcomes, ensuring that students get what they came for, and that it comes at a cost that isn’t too burdensome for society. This means policymakers are increasingly making their financial support for colleges and universities dependent on how well colleges and universities are able to graduate students, and how successful those graduates are at finding employment and paying back their student loans. At the state level, this is Performance and Outcomes Based Funding (POBF). In the 35 states that now have or are in the process of transitioning to POBF, at least a portion of their financial support for public higher education is determined by a college or universities’ outcomes, measured by figures such as graduation rates. At the federal level, there is no performance or outcomes-based funding system because the funding goes directly to students through the Title IV financial aid programs. However, for a college or university to be eligible for financial aid programs campuses must be accredited, follow federal laws, and meet any additional eligibility criteria. On average, colleges and universities receive more support through the federal financial aid system than they receive from direct state funding. This means the federal government could utilize this influence to hold colleges and universities more accountable for student outcomes by closing aligning financial aid eligibility to outcomes like graduation rates and student debt.

There are few examples of the federal government already making financial aid eligibility contingent on student outcomes. One example is the policy that any college or university at which students’ default on their federal student loans at rates higher than 30 percent for three consecutive years or higher than 40 percent for one year will not be able to provide federal financial aid to their students. Another example is the gainful employment regulation that states with graduates of non-degree programs at non-profit or public institutions and all educational programs at for-profit institutions that have annual loan payments greater than 12 percent of total earnings and greater than 30 percent of discretionary earnings, fail to meet the requirements. Programs that fail in two out of any three consecutive years are no longer eligible for federal student aid for a minimum of three years. The Department of Education recently proposed to rescind this regulation.

The shift to holding campuses more responsible for student outcomes, like completion and student loan debt can have important consequences for HBCUs. Many assume that because a significant number of HBCUs provide access to students who are low-income and that have various levels of college preparation, they have worse outcomes, and therefore, accountability policies will result in less funding and ultimately to the demise of HBCUs. This is not entirely true. First, the assumption that HBCUs have bad outcomes, even as defined as completion rates and student debt is not entirely true. For example, there were no HBCUs on the warning or failing list under the gainful employment regulation and last year, 100 percent of HBCUs met the cohort default rate requirement. HBCUs on average do have lower graduation rates than the national average, however, when comparing HBCUs to peer institutions that serve similar proportions of low-income students, HBCUs have higher graduation rates for Black students (Nichols & Evans-Bell, 2017).

When looking at outcomes beyond completion rates and cohort default rates there is an even brighter picture for HBCUs and the value they bring to students, higher education and the greater community. For example, HBCU students report higher levels of satisfaction, more frequent and higher quality interaction with faculty and mentors (Seymour & Ray, 2015). Higher education still underserves Black students, especially among four-year non-profit universities, thus only enrolling less than 10 percent of Black students, HBCUs contribute more than their share of Black degree recipients in critical areas like teacher education, STEM, and professional and graduate degree programs.

In the call to document outcomes, HBCUs have an opportunity to lead the discussion on equitable research practices and document the work that they have done specifically geared toward improving outcomes for underserved populations, that is now being adopted by many PWIs serving increased numbers of the same population. Trending practices such as “intrusive advising” are 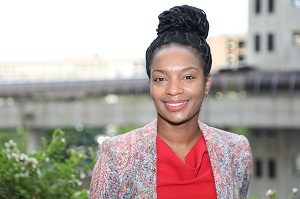 similar to hands on approaches to mentoring, caring and advising that researchers have long observed as common practice at HBCUs. Equitable data illustrates that these practices have worked, demonstrating that HBCUs outperform their peers in graduating low-income, Black students. Thus, data that takes into account what types of students are enrolled at a campus and the value added by the campus, should be coupled with other measures of accountability to piece together a counter-story against deficit theorizing about Black institutions. Equitable research has the potential to refute the dominant narrative by telling the other side or complete story, while pulling from populations largely considered inadequate producers of knowledge. Not only should HBCUs be using accountability measures to document their successes, their counter-story should also document best practices supported by the data captured.

Dr. Tiffany Jones is the director of higher education policy at The Education Trust. Dr. LaToya Owens is the senior manager of learning and evaluation for the United Negro College Fund’s Career Pathways Initiative. She is also an alumnus of Florida Agricultural and Mechanical University, and both Tiffany and LaToya are co-authors of the book, “Outcomes-Based Funding and Race in Higher Education: Can Equity Be Bought?”

This is the second in a three part weekly series produced by the UNCF Career Pathways Initiative.