Associate professor Dr. Patricia Young is trying to resuscitate an academic career that she said has flatlined at the Univ. of Maryland Baltimore County, and she has filed a discrimination complaint against the school alleging a pattern of being denied resources, promotion and career mobility on the basis of her race and gender.

“I have a sour twang in my mouth,” said Young, an African-American whose May 2017 complaint filed with the Baltimore County Human Relations Commission is in mediation. “I do what I have to do and what I’m assigned to do as a tenured professor. I don’t think it’s fair, but academia is like that for Black women. There’s no place of comfort.” In higher education, as in other professions, taking legal action against your employer can leave you feeling isolated, especially when you’re still on the job. Young is not alone in that regard. As quiet as they usually are kept, complaints and lawsuits against colleges and universities alleging discrimination on the basis of race, gender and age are more common than the public realizes.

Minority and women faculty continue to complain of discrimination at a time when diversity among student populations is steadily increasing. And while minority students and faculty are more forcefully demanding greater representation among the ranks of tenured faculty, their numbers are generally flat or declining.

Young, 53, said the EEOC is still investigating as she and UMBC try to resolve the dispute in mediation – they agreed in January 2018 to try it – rather than in court. She said she seeks equity in terms of pay, treatment and the same latitude as her colleagues to choose what courses to teach.

Young filed her complaint on May 2017 after Dr. Philip Rous, university provost and senior vice president for academic affairs, agreed in February 2017 with the report of a committee formed to investigate Young’s objections to certain faculty serving on her comprehensive tenure review committee.

She contended that she was denied the right outlined in the university faculty handbook under the peer-review policy to object to individuals on her peer review committee. Two had voted previously to deny her tenure. Young described a hostile work environment through discriminatory behavior dating back a decade, such as general lack of support and equity, being blocked from some leadership roles and summer teaching assignments, and depriving her of opportunities to teach and do research in her area of expertise.

Young, a leading Black female scholar in the field of instructional design and technology, said in a reply to Rous that because of implicit bias and overt discrimination based on her gender and race, she was relegated to teaching the same three basic courses: Processes and Acquisition in Reading, Materials for Teaching Reading and Education in Cultural Perspectives.

Young appealed Rous’ decision to university president Dr. Freeman A. Hrabowski III, requesting reconsideration. She said he referred her inquiries to the school’s general counsel and, after she became dissatisfied with the lack of progress, filed the EEOC complaint. 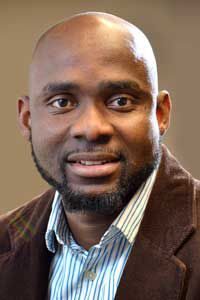 Hrabowski’s office did not respond to requests for comment. Rous, contacted by Diverse for comment, referred questions to Dinah Winnick, UMBC’s director of communications and content strategy. Winnick said the university does not comment on personnel matters.

Minority and female faculty who allege race, gender or age discrimination seldom win. Discrimination is difficult to prove, investigatory and legal processes typically take years, and schools always deny that illegal discrimination occurred. In addition, many employees who may have strong cases don’t take action for a variety of reasons, including lack of finances, emotional distress and fear of damage to their professional careers.

Those who do seek legal recourse, however, encounter similar experiences: they have been denied tenure or a promotion based on a performance evaluation, mediation is fruitless, their lawsuit is dismissed, or they run out of money before their case can be adjudicated.

Dr. Theo Udeigwe, a former assistant professor at Texas Tech University, is preparing to take his case to the U.S. Supreme Court. He lost his job at TTU after he was denied tenure, which he said was due to race discrimination.

Udeigwe, a native of Nigeria, was hired at TTU in a tenure-track position in the Department of Plant and Soil Science in September 2012. He said he was evaluated for tenure early, in November 2014, at which time he was informed that faculty colleagues did not like him. In 2015, when Udeigwe said he was supposed to have had his third-year review, he was told that he would not be reappointed. He contested the decision, a panel upheld the non-reappointment, his employment ended in April 2016 and the following month he filed a complaint with the EEOC alleging discrimination, harassment and retaliation.

In July 2016, Udeigwe obtained a right-to-sue letter from the EEOC and filed a federal discrimination lawsuit in district court, where a judge dismissed it as time-barred. His appeal – which named the school and three administrators also named in the EEOC complaint – was dismissed this summer by the Fifth Circuit Court of Appeals on grounds of jurisdiction and timeliness.

In August, Udeigwe filed a petition in hopes that the U.S. Supreme Court will review the case.

Udeigwe was the sole Black faulty member in the Department of Plant and Soil Science and the only Black faculty member in the entire College of Agricultural Sciences & Natural Resources. He said that he had significantly more journal publications than his colleagues – eight in 2015 alone, for which he received an award – and that he was shocked to hear his colleagues disliked him. Udeigwe said he began to notice problems after the department chair who had hired him got promoted in 2014 and was replaced by a new chair two months later. He was told in March 2015 that his reappointment was not because of his work, but to teach him a lesson for challenging the tenure review process.

The process was rigged and riddled with loopholes and lacked clear procedures, Udeigwe contends, with no provisions in place about how to challenge an unfavorable outcome until after he was gone. He said he continues his legal fight because he wants “the right thing to be done.”

“There is no way I was supposed to be tortured in that way. They really aren’t serious about hiring Black faculty, in spite of their claims. It’s unfair to marginalize Black people that way.”

Chris Cook, a spokesman for Texas Tech, said the school has been vindicated. “The courts have ruled. We’re confident in the case we presented.”

According to faculty demographic information for fall 2017 provided by the university’s Office of Institutional Research, the College of Agricultural Sciences & Natural Resources had 178 total faculty, including teaching assistants. That broke down to 122 non-Hispanic Whites, 43 non-resident aliens, six Asians, six Hispanics, one Native American/Pacific Islander and no Blacks.

Cook said TTU president  Dr. Lawrence Schovanec has made faculty diversity a priority and, as an initial step, the provost’s office has allocated $500,000 toward making the faculty reflect the diversity of the student body. Dr. Carol A. Sumner, an African-American woman, was appointed Vice President of the Division of Diversity, Equity, and Inclusion in June.

Udeigwe responded, “You can see that these guys don’t hire Black people. They interview Black people to say they have inclusion, but in the actual hiring they don’t do it. It’s just on the surface.”

The legal battle is just beginning for Carolyn Brown, a Latina former journalism professor at American University who accused the school of race and gender discrimination after she was denied tenure by the provost in March 2017 on the basis of teaching evaluations. Brown, now a senior lecturer at the University of North Texas, appealed the denial, but president Sylvia Burwell affirmed it.

In June, Diverse reported president Sylvia Burwell’s decision to uphold the tenure denial. Brown then filed a complaint with the D.C. Office of Human Rights and is awaiting the mediation process. She noted that she was among a half-dozen female faculty members at AU who filed complaints with the school after being denied tenure by then-provost Dr. Scott A. Bass.

In October, a D.C. Superior Court jury found the school guilty of age discrimination against one of them, Dr. Loubna Skalli-Hauna, and ordered AU to pay her $1.3 million.

“It’s the culture there,” said Brown. “Notice it’s all women under the same provost, who stepped down. Why are so many women not getting tenure?”

Brown also noted that some academic research indicates that teaching evaluations tend to have a negative bias against women and minority teachers. In her case, she said, the average was good, but a standard deviation was used that led to her tenure denial. She indicated that her role as an instructor in supporting journalism students covering racial issues on campus made her a target.

“I was an outspoken person of color,” she said.

“Using teaching evaluations to decide a person’s tenure is problematic,” particularly at predominantly White institutions where there are racial incidents and teachers of color, she added. Such schools use evaluations as an excuse to deny tenure “because they can – they think they can do whatever they want,” Brown said.

The university had no comment on Brown’s filing, said Mark Story, a university spokesman.

Meanwhile, Brown, who relocated to Texas with her husband and their two infant children after departing AU, said justice to her would include being granted tenure at AU.

“I don’t want this to happen to someone else,” she added. “I feel like AU likes to use people of color for their own benefit, then they throw them out. They used me as the face of diversity, and then when it came time to give me tenure, they threw me out.”

Runstedtler Thrives at Intersection of Race, History and Sports