Dr. Francis Lu is a medical messenger. He travels to medical schools around the country spreading the importance of “cultural competence.”

In other words, he is at the intersection of “cultural competence” and health care. “In the medical field,” Lu explains, “we need to do two things. One, provide patient-centered care, which means respecting and being responsive to the patient’s values and norms. Two, provide equitable care by reducing disparities. Cultural competence is a way of achieving those two goals.”

Lu is the Luke & Grace Kim Professor Emeritus in cultural psychiatry at the University of California at Davis. He says a key determinant for “cultural competence” is population. 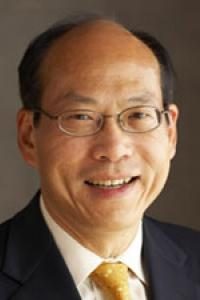 “For example, California has a large Asian population,” Lu says. “If someone says, ‘I’m from Cambodia,’ it helps to know the cultural history of that area to know the cultural stress that person may have dealt with, such as the genocide of Cambodia in the 1970s. In this case, ‘cultural competence’ is more of an issue in, say, San Francisco than it is in somewhere like Kansas.”

He continues: “New York City has a large Latino population, many of whom with limited English skills. So, interpreters would be valued.”

In fact, Lu values “cultural competence” so much that, during the early 2000s, he developed so-called ethnic focus units in the psychiatric confines at San Francisco General Hospital. For example, units for Black patients were adorned with pictures and paintings of Black-oriented and African-originated artwork. Staff assisted in producing ceremonies for Kwanzaa held during Christmas time, and tributes to Juneteenth were organized. The ethnic focus units received award-winning recognition as innovations of awareness and consciousness to help solve the racial gulf and create comfort zones in health care. That is, until funding issues arose.

Though, along those lines, nonprofit groups have since sponsored similar ethnic focus units in outpatient facilities that mainly serve Asian-Americans, Pacific Islanders and Russian-speaking populations in the Richmond District of San Francisco.

According to the Georgetown University Health Policy Institute, “cultural competence” can be improved in patient-provider interaction by implementing these institutional strategies and changes:

Dr. Crystal Clark, assistant professor of psychiatry and behavioral sciences at Northwestern University’s Feinberg School of Medicine, sees the effects of “cultural identification” every day in her medical practice. About 60 percent of her Black patients specifically asked for a Black psychiatrist, she says.

How does she know?

“When a person looks like them,” Clark notes, “they feel there is a better understanding. Especially in situations where social circumstances can be a factor, such as cultural, racial, family and religious issues that Black people deal with. I’m happy that they feel comfortable coming to me, that their concerns feel validated.”

Lu offered another one: “cultural humility.” 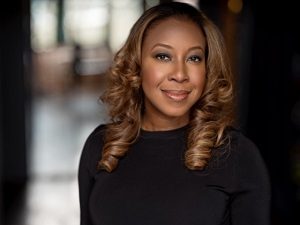 Dr. Mimi Chapman, interim associate dean for doctoral education in the School of Social Work at the University of North Carolina at Chapel Hill, prefers the subcategory “cultural humility” and isn’t a fan of the over arching term “cultural competence.”

“Early in my teaching career, we had to learn material such as, ‘Here are five things to know about Native Americans.’ It’s like stereotyping. ‘Cultural competence’ is more expansive now, but some of the stereotyping can still be there,” she says.

Chapman made another compelling point: “We can make assumptions based on skin color or nationality or gender or sexual orientation. But no one makes assumptions about me and my choices, because I’m White,” she says. “Let’s say I go to a White doctor; in general, my chances of being treated as an individual are greater than that of a person of color.”

She led an investigative study focusing on racial differences in our medical care system in terms of access and treatment, a project called “Envisioning Health.”

That is why Chapman’s current research involves “interventions” in a cultural sense.

“My job is to intervene and create testing and experiments to help reduce explicit bias and implicit bias,” she says. “The idea of implicit attitudes means it exists whether you realize it or not. I am a White woman and when I started out in the field, I had a lot to learn about both, because I wanted to reduce bias in medical decision-making.”

That’s why she is working with UNC medical school students, who take classes, participate in exercises that utilize cultural visual aids and engage in testing to combat bias.

According to Lu, the Accreditation Council for Graduate Medical Education has instituted a new diversity standard that must be implemented by July 2019 to satisfy a common program requirement.

That is, post-graduate residency and fellowship programs in specialty fields — such as psychiatry, internal medicine, OB-GYN — must contain a diversity and inclusion plan for recruitment and retention of underrepresented minorities in medicine and medical leadership.

“We need medical professionals from diverse backgrounds. We need international medical graduates, we need more women in faculty, we need those who are familiar with sexual orientation, those from the LGBT community, as well as Black, Asian, Latino and Native American professionals. We need them to meet the needs of a diverse population,” he says.

“And we need those skilled in not just race and gender, but also faith. If I’m Jewish, I may want someone who understands the Jewish faith. Still, it’s all up to the individual patient.”

Other reasons for the importance of “cultural competence” are sheer numbers and bizarre myths.

In January 2017, an article co-written by two college health professors for Stat News — a health, science and medical publication — stated: “A little more than a year ago, the Association of American Medical Colleges sounded the alarm, reporting that there were fewer Black males applying to and attending medical school than in 1978 — this in a nation that doesn’t have doctors to spare and whose minority population has ballooned over the last 40 years. The overall number of minority physicians, including Black female physicians, is increasing, though not as rapidly as it should.

“There are consequences to ‘cultural incompetence.’ In one study, Black patients nearing the ends of their lives received much less empathy from White physicians than from their Black counterparts, despite receiving the same factual information. In an even more disturbing study, half of the medical students at the University of Virginia falsely believed that Black patients’ blood coagulates faster than that of White patients and that Black people have more tolerance to pain than Whites.”

Clark also invokes the political-polarization dynamic of today into the issue of “cultural competence.” She contends, “I think right now politics is creating a divisive climate. It’s not helping us break barriers, where barriers need to be broken for the benefit of individual patient care. I’m looking forward to the day when all people receive treatment equal to their unique needs, and they can go anywhere.”

Chapman stresses that racial inequities and disparities in the U.S. health care and medical system are a major issue and urges deniers and non-believers to take off their rose-colored glasses.

“I think many of us have assumed that the world of medicine is one area of our society that’s open and not subject to racial issues,” she offered. “But that’s not the case. Racism in medicine has been around for years.”

That’s why Chapman urges individuals to read the book, Black & Blue: The Origins and Consequences of Medical Racism, by Dr. John Hoberman, a professor in the Department of Germanic Studies at the University of Texas. The book is a scholarly tome that examines how misguided racial thinking by some U.S. medical professionals can adversely affect the treatment of Black patients.

Clark, for example, mentioned the high morbidity rate among pregnant Black women, who are three to four times more likely to die from childbirth complications than White women.

“One of the complaints is that Black women’s concerns aren’t taken seriously enough,” says Clark. “And it can’t be all socio-economic issues because it [death] almost happened to [tennis star] Serena Williams, who has the means and access to the best health care but suffered major complications in childbirth.”

As for Lu, he’s continuing his medical rounds with his “cultural competence” message.

Next up: In December, he will give talks on this issue at medical schools at Case Western Reserve University in Cleveland and the University of Texas Southwestern Medical Center in Dallas. The medical journey of “cultural competence” continues.

A Model Minority? A National Look at Asian-Americans and Endowed Professors of Education