By the time that students arrive to Krista Waldron’s class, they have already been in the school-to-prison pipeline.

“Nothing else has worked for them,” said Waldron, who teaches English at Phoenix Rising Alternative School, which was created as a result of a relatively new partnership between Tulsa public schools and the Tulsa County Family Justice Center.

After teaching advanced placement courses at some of Tulsa’s best magnet schools — the past 10 years as a school teacher at Phoenix has been particularly meaningful for Waldron. 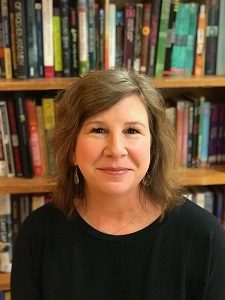 “I’ve kind of gone deeper in,” she said. “The challenges are there but there are also opportunities.”

Her students — who are Native American, Hispanic, African-American and White — seemed to be “more united by their trauma and poverty than their race” and have developed unique relationships among themselves and their beloved teacher.

“If I make a promise to them, I keep it,” said Waldron, who has been a fellow in the Teachers Institute for Tulsa — a Yale University initiative that helps trains urban public school teachers from across the country to become experts in the subject matter that they teach.

“I always knew that I would work in the humanities,” said Waldron, 60, who was drawn to writing and literature at a young age.  “Things just fell into place.”

“I love my job and I think I am good at it,” said Waldron, who has watched as her students have transitioned out of the juvenile system and have gone on to earn a high school diploma and enroll in college or the workforce.

For those looking to enroll at the local community college, Waldron said that there is a fair share of hand-holding, as she helps students get their transcripts and help them fill out application forms.

“They’re really paralyzed,” she said of her students, many of whom are the first in their families to go to college, let alone graduate high school. “No one is there to help them do what they want to do.”

Like Waldron, Thomas Lynch, 25, has found meaning in his job as a kindergarten teacher at Truesdell Education Campus in Washington, D.C.

After graduating from Tulane University in 2015, Lynch knew that he wanted to engage in service but had contemplated joining the Peace Corps. 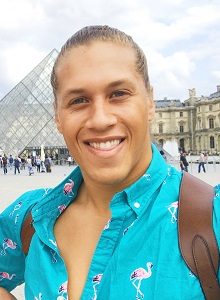 “As an international relations major, my focus was on international business development,” said Lynch who added that a friend encouraged him to consider Teach for America. “A lot of people, when they’re service minded, have an international focus, not fully realizing the history of this country and where we are and the needs of people who live in this country.”

After his initial two-year stint ended, Lynch — a native of Washington, D.C. — remained at the school where he is actively working on transforming the lives of young children and their families.

“After being in the classroom and falling in love, I knew I couldn’t leave,” said Lynch, who is among a small number of males of color who are teachers—particularly at the elementary school level. He is now in his fourth year as a school teacher.

“I love being in kindergarten,” he said. “It is exciting to see the massive growth of students not knowing letters and sounds, and by the time they exit my classroom they are reading independently.”

Like Waldron, Lynch said that attending the ICUE conference this year allowed him to connect with education theorists and practitioners. He now has aspirations of going on to graduate school.

“I really want to be able to sharpen my skills and continue to help children be successful in and outside of the classroom,” said Lynch, who said that he was “super surprised, humbled and thankful” to receive the public recognition at ICUE.

Dr. Chance W. Lewis, the Carol Grotnes Belk Distinguished Professor of Urban Education at the University of North Carolina at Charlotte and director of the Urban Education Collaborative has recognized urban education teachers since ICUE’s inception in 2014.

“I felt it was important to highlight urban teachers for their work in schools across the United States as they are key to success of students in our nation’s urban schools,” said Lewis, who added that ICUE partnered with Information Age Publishing to provide Waldron and Lynch with an all-expense paid trip to the conference in the Bahamas to receive their awards.