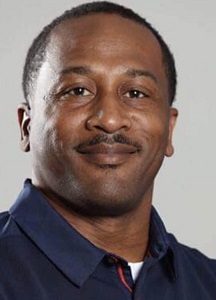 While he was coaching high school football, McKinney received several awards such as being named a 2006 Gordon Wood 4A Coach of the Year Finalist and the 2003 Houston Coaches Association Assistant Coach of the Year.

“We are beyond excited to bring in someone with the experience and success that Clarence McKinney has achieved at the highest levels of the collegiate ranks,” said Kevin Granger, TSU’s interim vice president of intercollegiate athletics. “His coaching talent, his emphasis on developing the complete student-athlete, as well as his ability to recruit locally, regionally and nationally, gives TSU a distinct advantage as we move our program to the next level.”

McKinney earned a bachelor’s degree in elementary education from University of Mary and a master’s in educational administration from Prairie View A&M University.