Columbia University has condemned a “racially charged incident” after a video went viral on Twitter that showed a White student shouting “White people are the best thing to happen to the world” at a group of minority students by Butler Library. 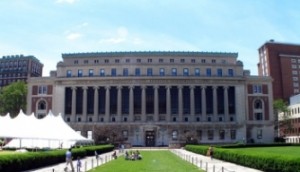 On Sunday, Columbia officials released a statement citing the video as “alarming” and featured “painful language” that was used against minority students, according to USA Today.

The student, Columbia sophomore Julian von Abele, says in the video posted on Sunday that Europeans “invented the modern world.”

The university is investigating the incident.

Celebrating the Life and Legacy Of Dr. John Hope Franklin

Connecting The Classroom and the Community