Lack of Diversity in Study Abroad

For many students, the costs associated with studying abroad can seem insurmountable. But the Black Alumni Association of Arcadia University (BAAAU) believes that going abroad should be a right of each Arcadia student, not a privilege. Choice should be the reason students do not study abroad, and not affordability.

BAAAU wants to change the participation demographics of Arcadia University’s Preview program, a two-credit course during the spring semester for first-year and new transfer students with a week-long international experience over spring break. At Arcadia, the data for African-American student participation in Preview is around the national study abroad average, according to Arcadia’s Office of International Programs — 5 percent in 2017 and 6.2 percent in 2018. We believe that can be improved. 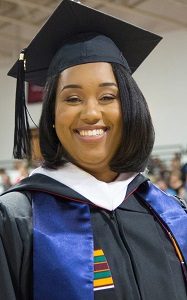 The BAAAU scholarship fund, which in its first year exceeded its fundraising goal of $7,500 by $2,550, is the first step in providing a study abroad opportunity for students who have historically been unable to participate. Ten Arcadia students, who self-identify as Black or African-American, have been awarded funds to travel on Preview and an in-country stipend to offset the cost of food and activities. The funds also will cover the passport cost for five of the 10 students. In the upcoming year we are hoping to double the awarded scholarships with our “20for2020” campaign, which will bring the total scholarships available to 20 students for Preview 2020.

When the idea of the travel scholarship program came into existence, I thought it would be straightforward, with individuals simply stating they were in financial need. Boy, was I wrong. The applications moved the BAAAU scholarship committee (alumni, staff and faculty) to tears. As we poured through student statements, we read stories of financial constraints, terminal illnesses and so much more. This scholarship fund was more important than we had realized.

Preview often provides a transformational experience to student participants, revealing to them that the world is bigger than their daily environment. For many, it is their initial experience on an airplane, getting a passport and going through customs. A recent study by IIE, called The Power of International Education, shows that international experiences, even those that are short-term, raise students’ confidence levels.

My Preview classmates encouraged me to be the change agent I am today. Before I went London, I remained indifferent toward many college programs on campus. Being abroad changed my perceptions — when you’re away from home, you look for any commonality with your classmates, and for us it was Arcadia students; that began to solidify our bonds to each other, and also to the university. If it had not been for our common bond, I would not have had a connection with those classmates who encouraged me to step out and speak up, due to differences in our race, age and majors. International study serves as an unique part of the collegiate experience, where on domestic campuses we are often challenged by attempting to break the silos that divide our campuses, but overseas those silos are not as prevalent.

Too few African-American students study abroad. Our scholarship fund might not be the solution that solves the participation problem, but it may be a step in the right direction for a much needed change.

BAAAU President Aliyah Abraham received a degree in Business Administration from Arcadia University in 2018. During her senior year she founded BAAAU, the first alumni organization for people of color at Arcadia. The mission of the BAAAU is to promote the presence, empowerment, and success of Arcadia’s Black alumni, students, faculty, staff, and community members through professional, educational, social, and networking programs, as well as through philanthropic support and opportunities.