Higher Education News and Jobs
Category: Military,More headlines,News,News Round up |

83-Year-Old Veteran to Earn a Ph.D. from Louisiana State University

Johnnie Jones, an 83-year-old Marines veteran will receive a Ph.D. from Louisiana State Univeristy (LSU) during the College of Agriculture ceremony on Friday, Dec. 14.

Jones joined the Marine Corps when he was 18, and began his studies at LSU when he was deployed to Vietnam as a squad leader. 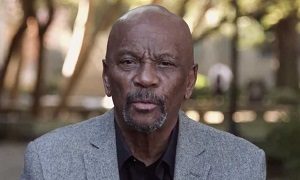 “I wanted to stay connected, so to speak. I didn’t want to run the risk of losing interest because I had begun studies at San Diego Community College when I went to Vietnam,” Jones told LSU News. “LSU’s correspondence course was offered to any student, regardless where they were or what their status was, so I just happened to take advantage of the program.”

After leaving Vietnam, he pursued and completed a degree in sociology from the University of Hawaii and later, a master’s degree from LSU.

As a result of having a family and health problems, Jones had to put earning a Ph.D. on hold. Jones focused his dissertation on the perceptions of racism and the stress that Black families experience as a result, and how religion serves as a coping strategy.