According to a new report from the Foundation for Individual Rights in Education (FIRE), 81 percent of top colleges in Virginia restrict free speech in some form.

FIRE, “an organization dedicated to defending and sustaining the individual rights of students and faculty members at America’s colleges and universities,” rated institutions by a “red light,” “yellow light” or “green light” system. There is also a warning rating if a school prioritizes other values over free speech.

According to FIRE officials, Virginia State University (VSU) earned the red light ranking and was accused of creating limitation on student demonstrations. For example, in order for a demonstration to take place on campus, they said that a form must be submitted 10 days in advanced. 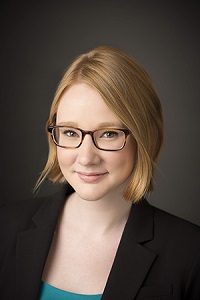 “Colleges are supposed to be these centers of intellectual debate where students can share all sorts of opinions and where ideas can compete for prominence,” said Laura Beltz, who is the senior program officer  at FIRE and lead author of the study. “And yet, when we have restrictive policies like this that say that you have to go get permission before protesting or that your speech has to be civil or in a certain way, that means the students are going to be reluctant to do that.”

The report, “Spotlight on Speech Codes 2019: The State of Free Speech on Our Nation’s Campuses,” analyzed free speech policies at 466 colleges and universities around the country.

FIRE has been putting out a report for over 10 years and each university ranking is updated annually. The study looks for trends and policy changes. Over the years, FIRE officials say that the number of red light schools has declined by almost 50 percent.

Public and private institutions are treated differently in terms of free speech rights under law.

FIRE said that it works with institutions to revise their policies to uphold First Amendment standards. Additionally, the organization said that it has created a guide called “Correcting Common Mistakes” which lists common mistakes that universities make when it comes to free speech issues.

“We encourage administrators to take a look at that [guide] and see what kind of changes could be made to their policies to make them better,” said Beltz. “And we also work with students and faculty members because they are often the ones saying, ‘oh we’ve got this new policy, it’s terrible what should we do?’ FIRE is always willing to help with that whole process in order to get these policies fixed up.”