This goal is important to note. Although the frequency of mass shootings has increased, and the constant media coverage makes it seem that it is now a more common form of gun violence, it only makes up a sliver of gun deaths in the U.S. Homicide and suicide make up a majority of gun deaths. In 2018 so far, Gun Violence Archive has recorded 53,952 incidents. Of those incidents, only 331—0.61 percent—have been mass shootings. 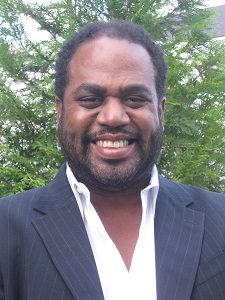 One potential reason for this disparity of coverage and perception is the lack of research in this space. Another reason: researchers of color who have studied this issue have often been left out or sidelined in the conversation in media.

A simple scan of articles in reputable, mainstream media outlets, such as The Washington Post, NPR Health News and The Huffington Post show that a limited number of the researchers represent the populations disproportionately impacted by gun violence, which tend to be Black or Brown.

Furthermore, the research discussed rarely takes into consideration the social context of gun violence in communities of color, resulting in the ensuing media discussion not only excluding researchers of color, but also failing to recognize the nuances needed to provide comprehensive solutions to alleviate gun violence.

Many gun violence researchers of color also bring a unique perspective based on the intersectionality of their research and their positionality as scholars of color. Gun violence researchers of color often share similar characteristics, backgrounds and the lived experience of the populations they study. These scholars have often experienced the direct impact of gun violence via friends, family and community members who have been victims of homicide or are survivors of firearm-related violence. Scholars of color may often share a dual space and consciousness in the discourse on gun violence. They are researchers as well as survivors. As a result, they intimately understand the communities and individuals disproportionately affected by gun violence.

A solution for newsrooms is to think outside the box when looking for experts. An often-used excuse for not including researchers of color is that they cannot find suitable candidates for the conversation. However, a simple topic expansion from mass shootings to general gun violence will not only shine a light on many gun violence researchers of color who work specifically with violently injured populations treated in Level I and Level II trauma centers, but also lead to a more thorough, productive conversation.

Additionally, the onus is on the journalist to do their due diligence when covering gun violence. Mass shootings by their very nature will receive more public attention, but that should not be to the exclusion of all forms of gun violence and its victims.

This representation problem is one we are all too familiar with in academia. Underrepresented researchers who conduct valuable studies that improve the livelihoods of their communities account for a minute percentage of full-time faculty. Their time is often co-opted by demands, such as serving on committees, formally and informally mentoring students of color, and other acts of service that reduce their ability and availability to conduct timely research. Coupled with the struggle to received tenured positions, researchers of color are pigeon-holed by time, value, and demand.

Increasing the pool of underrepresented researchers in academia presents multiple benefits. For academics of color, it increases the pools of individuals to share the work, leaving more time to focus on their research. For universities, it places them as a leader in diversity and inclusion, attracting minority students both in the U.S. and abroad as they compete for tuition dollars. For minority students, it provides direct access to mentorship and networking opportunities as well as support, encouragement, and resources they would likely not find anywhere else.

And finally, we cannot forget the importance of funding research in these controversial or little-explored topics. The value of research on gun violence, especially from the lens of hospital-based violence intervention programs, which encounter victims of gun violence daily, cannot be overstated. My current work would not be possible without the support of programs like New Connections, a Robert Wood Johnson Foundation program which supports underrepresented researchers in academia through grants, networking, and skill-building. Their support of scholars like myself, who conduct critical research in public health in underrepresented communities, has expanded the pool of knowledgeable researchers eager to find solutions for problems plaguing minorities.

It is time to expand the conversation to include researchers who truly understand the problem from various points of view. Not only will it produce more meaningful conversations, it could also lead to real, impactful solutions.

Dr. Joseph Richardson Jr. is an associate professor in the Department of African-American Studies at the University of Maryland, College Park and is a criminologist trained in urban ethnography and medical anthropology.

A Memorial for the War in America

Reclaiming the ‘Fierce Urgency of Now’