The University of the District of Columbia (UDC) has named public interest lawyer Renée McDonald Hutchins as the next dean of the university’s David A. Clarke School of Law, also known as UDC Law. 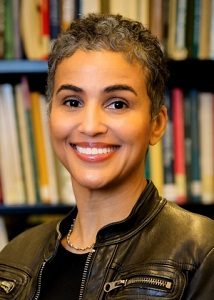 UDC Law is the only public law school in D.C. and has a nationally ranked clinical program.

Hutchins currently serves as the Jacob A. France Professor of Public Interest Law at the University of Maryland Francis King Carey School of Law, a co-director of UMD’s Clinical Law Program and is the founding director of UMD’s Appellate and Post-Conviction Advocacy Clinic.

“Renée has a remarkable record as a scholar and is an accomplished administrator. She is a proven leader in clinical legal education and academic excellence across the law school curriculum,” said UDC president Ronald Mason Jr. “She combines the analytical rigor of traditional doctrinal education with the kind of superlative hands-on training offered by UDC Law’s robust set of clinical and experiential programs.”