A new report outlines ways to increase the number of military veterans attending the most selective institutions in the U.S.

According to the report, only one in 10 veterans that utilizes his or her GI Bill benefits enrolls in an institutions with graduation rates above 70 percent. Of nearly 900,000 veterans using their post-9/11 GI Bill and/or Yellow Ribbon funds, only 722 undergraduates are enrolled in the country’s top 36 most selective, non-profit colleges.

Veterans often have difficulties navigating the available benefits, said Dr. Catharine Bond Hill, one of the authors of the report and former president of Vassar College. There may be problems selecting which benefits to choose and when benefits are received. Sometimes, monies are released after tuition is due at institutions, which creates problems with registration, Hill said.

“That is something the institutions could be better about recognizing and be a little more forgiving,” said Hill.

“I think for-profit institutions have realized the extent of GI benefits and are marketing themselves to veterans,” said Hill. “There is a certain amount of flexibility in terms of when and where you take the courses, but the data on the graduation rates from the for-profits is really atrocious.” 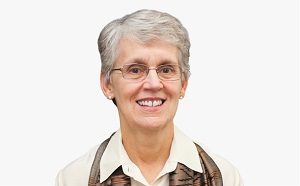 In addition to the complexity of GI Bill benefits, there are other barriers to success, such as internalized perceptions. Veterans may think an elite institution is not for them, which may possibly be fueled by advisers. Organizations such as the Posse Foundation are working to increase their presence at such institutions and alter such perceptions.

An increasing number of institutions are creating resource centers on campus for veterans. When Hill was president of Vassar, there was a veterans’ lounge of incredible importance to veteran students.

“Also, we admitted veterans through the Posse Veterans Program, which brought in a group of veterans together,” Hill said. “This notion that there needs to be a community of veterans on campus is very important, and people are recognizing it.

“One of the real advantages of having veterans on campus is for the rest of the community to get to know them and interact with them,” she added. “Once colleges and universities realize this would be a great thing to do, it’s just a question of getting in touch and working with military and veterans’ organizations.”

One myth debunked in the report is that colleges and universities may worry that veterans will need extensive specialized medical and counseling services. While some adjustments may be needed, most veterans also have access to VA services and resources.

“One of the things we hope to do going forward is to make those collaborations and communications work more smoothly,” said Hill. “It’s really important that the colleges and universities work well with military and veterans’ groups to help make these good matches.”

Among the strategies for increasing the enrollments of veterans at high-graduation-rate institutions is collaboration — colleges and universities working together and sharing best practices, success stories and problem solving. The report also suggests developing recruitment strategies for veterans. This includes looking an admissions criteria and transfer credits.

“I think we’re at a moment in time where colleges and universities are realizing that they’ve kind of lost some of the public trust,” said Hill. “Collaborating and addressing some of these issues that are so important to our country is a way of regaining that.”

Hill suggested proactively giving active duty military who are thinking about pursuing education when they leave the military, more information about available resources.

Many high-graduation-rate schools have extensive resources for their students. The report cites Columbia University, which over the last 15 years has enrolled more veterans than all of the other Ivy League schools combined. Many enroll in Columbia’s School of General Studies, which serves nontraditional students. Columbia’s student veterans have a graduation rate of 90 percent.

“Veterans coming to those institutions will have access to great resources — tutors, faculty advisers, administrative advisers, health services and counseling services,” Hill said. “That’s part of the advantage of getting students into these schools.

“We’re working so hard at these institutions to be inclusive and welcoming to people from all different backgrounds,” she added. “This is one more demographic to which this applies. It improves the educational experience.”

Arthur Ashe and the next generation of student athletes – Sports Scholars