Settlement with For-Profit Will Omit Collecting Millions in Student Debt

Under the settlement, Career Education Corp. (CEC) will omit collecting $493.7 million owed by 179,529 students around the nation, according to the Des Moines Register.

“The agreement is largely driven by the forgiveness of debt, and that’s really important to students,” he said. 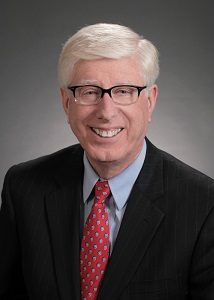 Based in Illinois, CEC monitors many for-profit schools around the country, such as American InterContinental University (AIU) and Colorado Technical University (CTU). Over the last decade, the company has closed many of its schools.

In order for a student to be eligible for debt relief under the agreement, they must have attended a CEC school that closed its doors before Jan. 1, 2019, or their last day attending AIU or CTU was on or before Dec. 31, 2013.

In addition, the agreement requires CEC-operated institutions change some of their policies to better inform students about college costs, debt and default rates, completion and graduation rates, how to transfer credits, median income and job placement rates, the Des Moines Register reported.

The company will also give $5 million to the states involved in the agreement. Iowa will receive $257,000.

“For a variety of reasons, enormous deception and fraud developed in the for-profit colleges in the previous decade and it really hit its high point in 2010,” he said.