Education in Spite of It All: A Black Woman’s Journey - Higher Education

Education in Spite of It All: A Black Woman’s Journey

The faculty journey is a long one. A four-year undergraduate degree; a five- to seven-year graduate degree; seven years as an assistant professor; another five to seven years as an associate professor; and then, finally, almost 25 years later, you become a full professor – a member of the elite in the academy – a sacred and often exclusive space and place of older White men. It’s lonely with so few of us speckled amidst White men whose power and authority enables them determine the rules of the game on the playing field of education. White men who often seek and find their “academic sons” to reproduce and perpetuate what bell hooks calls the “imperialist White supremacist capitalist patriarchy.” The academy is full of powerful White men who perpetuate the disciplinary dogma and creed, who determine the curriculum and what can be taught, what can be valued, what can count towards tenure, what journals are the best, and what scholarship goes in the journals. These White men – many of whom have led and continue to lead secret, private, cloistered lives in the walls of the academy, their bodies occupying libraries, and their heads in books –  rarely look up into the world of life. These “leaders” in the academy are often disconnected from reality, lost in lectures they have recited, resuscitated and regurgitated for decades, with ways of thinking no longer relevant to reality. These supposedly “great minds” often fail to recognize that they themselves cannot be hired with the criteria that they themselves have created for replacing and replicating themselves, designed to exclude “the other” but often excluding almost all. 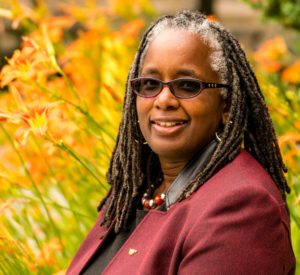 The “academy” – the word “they” use to talk about higher education institutions – is a place of power. And America is structured to limit access to power by controlling access to knowledge.  Certain knowledge is extraordinarily powerful and transformational. Knowledge of one’s culture and history, in particular, is a key. And America’s institutions are designed to keep the key of knowledge hidden. From preschool, to elementary school, to middle school, to high school, the Dick and Jane curricula systematic excludes the true experiences of Africans-Americans, Native Americans, Mexican Americans, Chinese Americans and Japanese Americans in favor of a White, Western, European, male and binary system of thought – the “imperialist White supremacist capitalist patriarchy.”

There are many Mildred’s still out there. Young women of color and women of promise and potential seeking to blast and bust down barriers and barricades through schools like Bennett College  – a small Black all-girls school struggling to maintain its accreditation. Bennett is fighting for legitimacy and validation by the very system designed by the “imperialist White supremacist capitalist patriarchy” to suppress and hide the key of knowledge.

Dr. Menah Pratt-Clarke is vice president of Strategic Affairs and Diversity and Professor in the College of Education at Virginia Tech.