“Black males are often theorized as defective … Black men are not subjects of — or in theories emanating from their own experience, they are often conceptualized as the threats others fear them to be” – Curry, 2017

The theorizing and theoretical frameworks speaking to the male experience, particularly the Black male experience has tended to emanate from a place of deficit thinking and pathology. Hence, for Black males and those who study this population, engaging in critical discourse about their epistemological and ontological being is at best lopsided.

In addition, it is perhaps the application and misapplication of one particular theoretical frame that has been the most problematic in speaking to the Black male experience from a place of authenticity; namely, intersectionality. Nash (2008) stated: 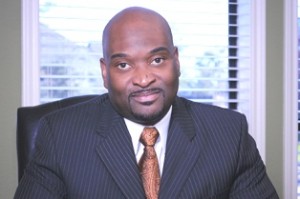 Although intersectionality has spoken to women’s experiences with marginality and oppression, it has fallen woefully short in providing an authentic rendering of the experiences of Black men and boys. Curry (2017) states, “Throughout various publications, scholars use intersectionality to suggest that Black males share the same proclivities as White males, or patriarchs, even in their disadvantage to this dominant group” (p. 207).  Hunter and Davis (1994), more than two decades ago stated, “Black males have had to be men in a historical and cultural context that varied radically from White males; however, emasculation and pathology were not the inevitable consequence of this variation” (p. 21).

Perhaps the most formidable challenge in using intersectionality as a critical lens to view the experiences of Black men is its presumption of Black male deviance and pathology. Curry (2017) advances, “Whereas intersectionality offers the Black female subject a world to herself full of her own history, her own political drives and aspirations — her reality free from the contamination of others and the errors of her time — the heterosexual Black male is robbed of any complexity and presents as a lesser White man” (p. 220).

What I am attempting to do is to encourage dialogue that is both/and as opposed to either/or when it comes to theorizing about frameworks that “fit” the lived experiences of Black men and boys.  An approach toward male authenticity does not have to negate the criticality of feminist and womanist perspectives. In essence, by engaging in this sojourn to “find me,” it is not necessary to “lose you.” As we contemplate the viability of intersectionality as a viable framework to speak to the experiences of Black men, we must ask ourselves a number of critical questions:

Dr. Fred A. Bonner II is professor and Endowed Chair in Educational Leadership and Counseling at Prairie View A&M University.

On Our Path, Me and My Libby