R. Kelly: We All Knew That He Was Coming to the Other Side of the Tracks - Higher Education

R. Kelly: We All Knew That He Was Coming to the Other Side of the Tracks

I stepped off the 147 Express CTA bus (from downtown) and joined the several hundred other passengers on the northwest corner of the intersection of Sheridan and Foster — the exact boundary between the Uptown and Edgewater neighborhoods of Chicago. Having endured a 40-minute, nonstop ride in rush hour traffic stuffed like canned sardines, we were all anxious to get home and out of the smothering 90-degree heat. The majority of the passengers hung a right, headed east on Sheridan Road towards their homes on Lakeshore Drive, but a handful of us, hooked a sharp left across Foster Street and headed Uptown, west to the other side of the tracks.

My plan was to buy myself a soft vanilla ice cream cone from the McDonald’s a block from Kenmore Street. As soon as I crossed the street to McDonald’s, however, I saw that a horde of hyperventilating underage teenage girls had crowded at both the back and front entrances. Their heavily colored massacred eyes glazed with excitement, and their deep purple and dark red painted lips screamed and chanted R. Kelly’s name. Several more teenage girls were racing towards McDonald’s, including my own 13-year-old daughter. 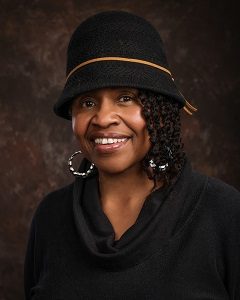 My daughter is now an iconic feminist and activist writer and she has published her own description of her encounter with R. Kelly. Just as the acquittal of O. J. Simpson, Lifetime’s docuseries about R. Kelly’s sexual misconduct and the widespread anger it has generated towards R. Kelly has ignited controversy and division among the African-American community. Like the O. J. Simpson trial, many African-Americans view R. Kelly’s ordeal not as a question of his guilt or innocence, but rather, a trial of our judicial system, which has systematically and historically, sentenced innocent Black men to prison and to death.  Like O.J.’s crimes, allegations of sexual misconduct by R. Kelly (if found guilty), are horrific. However, it is not R. Kelly who is front and center for me, but rather the vicarious trauma triggered by the media’s unending coverage of his allegations of sexual assault that ended in his arrest over the weekend.

For those of us who are survivors, the coverage of his exploitation of young girls has brought to the surface the uncensored horrors of our own abuse.

As a baby boomer, I grew up in a world and a community where men, White and Black, had power over women’s bodies — especially the bodies of Black women. I vividly remember White men driving through our communities, actively searching for young girls to sexually assault. There was nothing we could do about it. Even when we reported these crimes to the police, there was no justice. Every African-American female that I knew growing up had experienced some level of sexual abuse at some point, and I have been a victim many times over. The earliest abuse I can remember occurred when I was 4 years old. Although our mothers, grandmothers and the elders in our community (including some of the men) tried to keep us safe, they had no real power to stop it.

Through the lens of a lifelong womanist activist, scholar and clinical mental health educator, I have nearly three decades to reflect on that hot summer day 27 years ago in Chicago. I still remember how shocked and terrified I was that my teenage daughter, who I had tried all of her life to protect, would be running toward McDonald’s to meet up with any man, including R. Kelly. In my work with inner-city college students, I had heard stories of R. Kelly stopping by public schools in the hood and public spaces in the projects such as Cabrini Green and Robert Taylor — to solicit young women. Everybody knew that R. Kelly would be coming.

I also knew that young women were vulnerable regardless of their ethnic and racial backgrounds, even if they do not live in the housing projects. That is, those who reside in the Uptown neighborhood, inner city and suburban Chicago, and in rural and urban areas throughout the Midwest, East Coast, West Coast, Deep South; other places sweltering with the heat of injustice. Yet, even though I knew this, I was helpless. Like the mothers and grandmothers of my youth, I was powerless to protect my own daughter.

I never got my ice cream cone from McDonald’s that day and R. Kelly got none of our underage girls. Over the years, however, many other sexual predators who were not R. Kelly did get them.  Now, in 2019, for African-American female survivors of sexual assault, the media’s unrelenting exposure of and the public backlash against R. Kelly do not feel like the righting of a wrong, but rather, a further stripping us of our power. For me, they have disrupted my solace and sense of power I found decades ago to live my life. Once again, I feel immobilized and powerless because incensed in my soul and body is an abuse that is much bigger than R. Kelly and the public and the media: a powerlessness steeped in sexism and racism.

For most of us women, R. Kelly is not and will never be our perpetrator. Our perpetrators are police officers, soldiers, politicians, doctors, clergy, coaches, schoolteachers, counselors and even our own brothers, uncles, grandfathers and fathers. Men who claimed to love us. Men we trusted. We, African-American and Black women, want the same thorough, unrelenting and ruthless pursuit of justice that R. Kelly currently faces from the media and public for those of our perpetrators who are not as famous, rich and Black. We want justice for those who step off the bus, hook a sharp left, and head west, to the other side of the tracks.

Yes, we all knew that R. Kelly would be coming. We all knew then and we all know now — some more intimately than others — about the exploitation and sexual abuse of Black women by men. And yes, we know of the collective power of the #MeToo and #TimesUp movements and fully embrace them. However, what we do not know and what we do not feel is safety.