Two education organizations have called for the resignation of  Virginia Gov. Ralph Northam after a 1984 yearbook photo surfaced showing a man in Blackface and another individual wearing a Ku Klux Klan robe and hood. 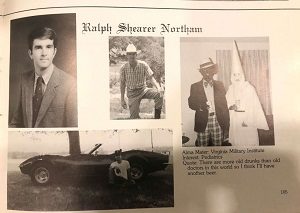 The image was one of several provided on Northam’s Eastern Virginia Medical School yearbook page published in 1984.

Several politicians and organizations have since called for his resignation.

“There is no place for Gov. Ralph Northam’s racist actions. Both the National Education Association and the Virginia Education Association strongly condemn them. This goes beyond political affiliation. We must set a better example for our students. The public must have trust and confidence that their elected officials will fight for them, and that trust has been irreparably damaged. Ralph Northam should resign.”