NEW BRUNSWICK, N.J. – In celebrating the 100th anniversary of the graduation of one of its most famous alumni, Rutgers University–New Brunswick is endeavoring to give Paul Robeson a measure of respect and honor in death that eluded him in life.

Not only that, the public research institution’s Paul Robeson Centennial Celebration is lifting up Robeson’s extraordinary life to inspire students and to advance the causes of diversity, inclusion, equity and excellence.

“You can’t change the past, but you can know and learn from it,” says Dr. Felicia E. McGinty, executive vice chancellor for administration and planning at Rutgers-NB and chair of the centennial committee.

“We want to help students really make meaning of his legacy. He stood up for oppressed people, he broke boundaries, he led with courage and integrity. All of those are values we want our students to embody. Over the next year there will be many events across the campus, but more importantly than celebrating, this has really been a call to consciousness for us.” 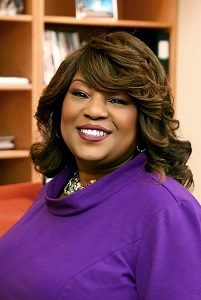 Rutgers has determined to delve into and be transparent about an institutional history intertwined with slavery and racism, an uncomfortable step that some of America’s most revered colleges and universities increasingly are having to take. Honoring Robeson’s legacy has opened up more opportunities for broader work on diversity and inclusion and reengaged Black alumni who were students at a time when they may have felt that they loved their alma mater more than it loved them.

Regardless of how Robeson felt at Rutgers as indignities were heaped upon him because of his black skin, he excelled in many ways: lending his rich bass voice to the school glee club, excelling on the football and debate teams, graduating as a Phi Beta Kappa and valedictorian, and getting inducted into the university’s exclusive Cap and Skull honor society for seniors. ­The Princeton, N.J. native went on to become an attorney, world-renowned scholar and humanitarian, global rights activist and international entertainer.

Yet, it’s not as if the university did not take steps to right the wrongs visited upon Robeson as he matriculated toward becoming the school’s third Black graduate. He was bestowed honorary master’s and doctoral degrees, the Paul Robeson Cultural Center was opened in 1967 and an honors scholarship bears his name. He is the school’s first Black graduate to have a monument erected in his honor and the only alumnus to have a building bearing his name on all three Rutgers campuses.

A desire to do more ­

The university community wanted to do more, and their efforts will bear fruit during the yearlong Paul Robeson Centennial Celebration that kicked off in January. The celebration was informed by events in 2015, when Rutgers began a yearlong celebration of its 250th anniversary and there were discussions about the school’s history as one of the original colonial colleges.

“Our students pushed back,” says McGinty. “­They challenged us and said, ‘Talk about the history and tell the whole truth. Whose land are we occupying, and who built the university?’”

So, led by researchers and assisted by students, the university embarked on an extensive historical project, digging through archival records to unearth and report truths that were sometimes uncomfortable. One of the findings was a document indicating that a slave named Will had worked to lay the foundation for the oldest building on the New Brunswick campus – a fact now noted in a sign on the building’s façade and a prominent marker on the lawn. In another instance, the campus’ newest residence hall was named Sojourner Truth Apartments after research revealed that the legendary Black abolitionist once was owned by the family of the university’s first president.

The research also led to the publication of a book, Scarlet and Black: Slavery and Dispossession in Rutgers History, edited by associate professor Dr. Marisa J. Fuentes and Board of Governors Distinguished Professor of History Dr. Deborah Gray White. 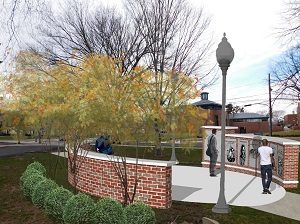 And it reaffirmed the feeling that Robeson’s stellar achievements had not been given the spotlight they deserve. So, led by the Class of 1971, which has been working with the Rutgers African-American Alumni Alliance, the school embarked on a project to create Paul Robeson Plaza near College Avenue in the heart of the campus. The memorial project is scheduled to be dedicated on April 12.

“But we didn’t want to just have a monument and celebrate for the day,” says McGinty. “We wanted to uncover and embrace his legacy so all students can understand who he was, really make meaning of his legacy and see themselves in him. He stood up for oppressed people, broke boundaries, led with courage and integrity. All of those are values we want our students to embody.”

Other efforts are underway to honor Robeson’s legacy. Oscar-winning filmmaker Thomas Lennon, director of the Documentary Film Lab on campus, is making a documentary, and six artists have been commissioned to create works of art that pay tribute to an aspect of Robeson’s life.

There are other commemorative collaborations, some involving the city, churches and nearby schools such as the New Brunswick Theological Seminary – which assisted in research for Scarlet and Black – and the Paul Robeson Community School for the Arts, a charter school in New Brunswick. Efforts also are underway to rename a portion of a road in Robeson’s honor, and a sculpture of him has been commissioned for a park through efforts of the New Brunswick Civic League.

A push to diversify the university

Rutgers, which may have the most diverse student body among the nation’s 10 largest research universities, has allocated $20 million over five years to promote faculty diversity on all three campuses. Along with that is a focused effort to infuse Robeson’s legacy into diversity and inclusion efforts in classrooms and curricula.

“Not only do we recognize the importance of this work from social justice and a values and moral framework, but we also recognize the value added to a Rutgers degree by this exposure to diversity and inclusion,” says Keisha Dabrowski, chief of staff and executive director of strategic communication and initiatives in the Division of Student Affairs. “Countless studies show that diversity makes research more robust, and industry studies show that diversity and inclusion equal better decision-making in the workplace and more productive teams. As a land-grant research university, it’s not only important but vital to our mission to embrace diversity and inclusion.”

Rutgers-New Brunswick is pleased with its diversity but believes more can be done, particularly in terms of faculty and staff, says Dr. Wanda J. Blanchett, a distinguished professor and interim provost and executive vice chancellor for academic affairs there.

Robeson’s example can inspire students, Blanchett says, noting that his accomplishments in sports and the arts often overshadow the fact that he was an outstanding student with a strong social conscience.

“He was a civil rights leader, and everything he did was grounded in a strong sense of social justice,” says Blanchett. “So the question for him was how could he use whatever platform he had, whether it was as an athlete, performer, entertainer, scholar, as a lawyer – how could he use whatever platform he had to bring about greater levels of social justice and social equity in his lifetime? There are still gross inequities today, but he did it at a time when it could have cost him his life because he felt a strong sense of urgency to use his platform to bring about change for those who had no voice.”

In another move to improve diversity and inclusion, the school recently hired Dr. Marybeth Gasman away from the University of Pennsylvania to become the Samuel DeWitt Proctor Endowed Chair of Education in the Graduate School of Education. 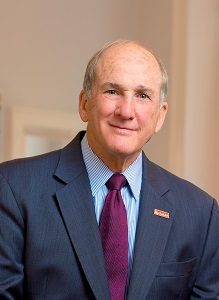 And interim chancellor Dr. Christopher J. Molloy has endorsed the creation of a new position: vice chancellor for diversity, inclusion and community engagement. A national search is underway to hire someone by July.

Rutgers-New Brunswick also collaborates with institutions in diverse communities off campus to build a pipeline of college-ready underrepresented students, such as the Rutgers Future Scholars program.

President Dr. Robert L. Barchi has been a driving force behind honoring Robeson’s legacy in particular and improving diversity, equity and inclusion at the institution in general, says Blanchett and McGinty.

“We feel fortunate to have university leadership that would put his money where his mouth is in terms of a commitment to hiring,” says Blanchett.

Robeson’s life inspired Dr. Bernice Venable, who knew little about him when she was earning her bachelor’s and master’s degrees from Rutgers-New Brunswick in the late 1950s and the 1960s. Ironically, as a child she lived on the same street in Somerville where Robeson often visited friends, and she attended an elementary school with friends whose parents and older relatives knew him.

“Very little was said about him at the time, or spoken about his contributions and place on the world stage,” recalls Venable, a retired educational leader and business owner and a member of the centennial committee.

Beginning in the late Sixties, Venable became a serious student of Robeson’s fascinating life. The centennial celebration will “set the record straight” about Robeson and demonstrate to all that he is worthy of honor, she says.

“This renewed spotlight will heighten a dialogue and activity on social consciousness to a level we have not experienced in decades,” Venable predicts. “Robeson, the true Renaissance man, cultivated through his travels, his oratory, his performances, an awareness of the need for equality, freedom and social justice for all people.  Because of his own universality and talents, he let all know we can and must use our individual talents for the betterment of others.  Perhaps this new dialogue will serve as a conduit to generate that renewed sense of social consciousness in our students, our leaders and the greater society.”

This article first appeared in the February 7, 2019 edition of Diverse.

“Now Is The Time”

Parsing the Reaction to Obama