Moving from Ally to Accomplice: How Far Are You Willing to Go to Disrupt Racism in the Workplace? - Higher Education

Regardless of your profession, we have all been there – having a conversation with a White colleague about the daily microaggressions or blatant racism that we endure as people of color in the workplace. From having our credentials constantly questioned and diminished, being overlooked for promotion and ignored in meetings; to enduring comments such as “You’re a credit to your race,” “You speak English really well,” and “You’re so articulate” – people of color receive more than their fair share of daily microaggressive comments and blatant insults when on the job.

In fact, America’s current commander-in-chief often refers to Black people as “stupid” or having a “low IQ” (Bump, 2018). When microaggressive behaviors happen in the workplace, people of color discuss them (or try to) with our White colleagues because they have presented themselves as our ally. However, oftentimes, these “allies” listen to our concerns and take no action at all, or they dismiss our feelings about our experiences by saying, “you’re making too big of a deal of it.” 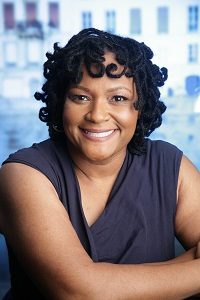 Rather than attribute racial microaggression to White supremacy, White privilege or racist attitudes, research indicates that Whites tend to explain them as being simple misunderstandings (Sue et al., 2008).  Whites are generally unaware of the harm that people of color experience as a result of being constantly subjected to various racial microaggressions (Constantine et al., 2008; Holmes & Rahe, 1967).

According to Sue et al. (2008): Because most White Americans associate racism with hate crimes and White supremacist groups such as the Ku Klux Klan and skinheads, they are unaware [of] how bias and discrimination have taken on an invisible nature that protects them from realizing their own complicity in the perpetuation of unintentional racism toward persons of color. (p. 330). 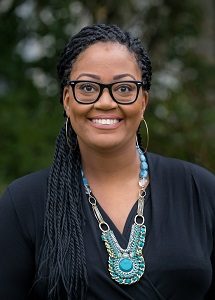 This leads us to two questions: (1) what does it mean to be an ally? and (2) is allyship enough?

When we think of the word ally, we think of someone who is supportive, someone who is on our side and has our back, but what does that really mean? Ally means to support (ally comes from the Latin word alligare, meaning “to bind to”). An ally is someone who supports those in which they have a common interest. In terms of diversity, equity and inclusion, ally is an empty buzzword. It takes more than support to make a difference. White people claim to support the principles of diversity, equity, and inclusion; few, however, are courageous enough to put their own jobs on their line by speaking out against prejudice and discrimination in the workplace.

The word accomplice has gotten a bad rap as it is often equated with wrongdoing. However, when it comes to diversity, equity and inclusion, accomplices are willing to take the necessary steps to ensure that their workplace is safe from physical, verbal, and mental abuse (i.e. microaggressions). To be an accomplice, one must be willing to do more than listen; they must be willing to stand with those who are being attacked, excluded or otherwise mistreated, even if that means suffering personal or professional backlash. Being an accomplice means being willing to act with and for oppressed peoples and accepting the potential fallout from doing so.

Most people have good intentions; they are allies and support the plight of people of color and those from marginalized groups in a way that is comfortable to them. Allyship is not enough. In order to disrupt racism and work on achieving equity, one must be willing to move from ally to accomplice. As an accomplice, you will walk the talk and take the steps necessary to dismantle the power structure of White privilege and supremacy and create substantial and sustainable societal and institutional change that treats all persons with dignity and respect.

Dr. Kimberly Harden and Tai Harden-Moore are co-founders of the Harden Consulting Group.

2015: Yet Another Turbulent Year for Black America

Race Relations at a Rocky Impasse

‘Creating an Atmosphere Of Acceptance’