A revealing analysis of university faculty and students in science, technology, engineering and math (STEM) indicates that professors’ beliefs about intelligence play a measurable role in the success of STEM students, especially underrepresented minorities.

“In a university-wide sample, we found that all students – and Black, Latino and Native American students in particular – earn significantly higher grades in STEM courses when their professors believe intelligence is a malleable quality that can be developed over time, compared to when their professors believe intelligence is a fixed trait that cannot change very much,” said author Dr. Elizabeth Canning, a postdoctoral researcher in the lab of Dr. Mary Murphy, a professor in the IU Bloomington College of Arts and Science’s Department of Psychological and Brain Sciences. Murphy is the study’s principal investigator. 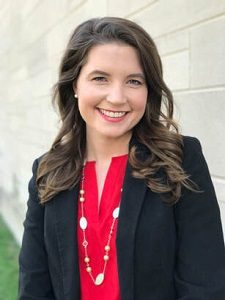 “For about 20 years the research on people’s mindsets has really been the focusing on students’ mindsets and what do students believe about whether intelligence is fixed or whether intelligence can change and is malleable by using difference strategies,” said Murphy. “A lot of the research that had been done really focused on trying to change students’ mindsets to get them to adopt more of a growth mindset about intelligence and showing that would have and effect on their motivation, the way they respond to challenges, the way they respond to failure and critical feedback.”

The researchers sent surveys to STEM faculty at a university and had 40 percent of them respond.

“We have responses all across the board. There were on the fixed mindset side, some who were more on the growth mindset side, and some who were kind of in the middle. So, they were pretty forthcoming about what they believed about intelligence,” Murphy said. “The distribution of the data was really sort of on a normal curve. Approximately half around the middle and a quarter in the tail in terms about their beliefs about intelligence. So, there really is a spread among faculty across the sciences.”

The two-year study included the survey and looked at students’ course evaluations.

The authors said there were some surprises last week when the results of the study was presented at the 2019 meeting of the American Association for the Advancement of Science in Washington, D.C.

“They are surprised because they are realizing just how much an influence faculty has on students. This study was 150 faculty who taught over 15,000 students in just two years. When you think about that as a faculty member how much influence you have on students, it’s really eye-opening how your behaviors, thoughts, beliefs and your teaching really have an impact on students. I think people are really fascinated by that,” Murphy said.

Canning added: “Every time we seem to present this data to groups of faculty, they are really moved by data, they are driven by data. It shows this kind of impact in an empirical way. Every group we talk to has been like ‘Tell us more. Tell us how we can actually enact some of these.’” 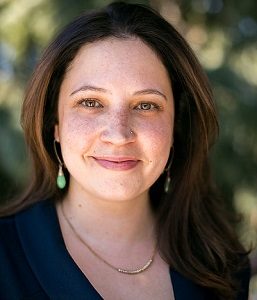 The study was conducted at an unnamed “large selective public university”. The achievement gap and the representation of faculty is consistent with the numbers at the National Science Foundation annual reports, and the breakdown of faculty in terms of their demographic characteristics, the researchers said.

It shows that in classes with growth mindset professors, all students on average earned higher grades.

“This was particularly true for Black, Hispanic and Native American students. So essentially, the racial achievement gap in those courses were cut in half when faculty endorsed more growth mindset beliefs about intelligence. So, it seems to have more of an impact for underrepresented minority students,” Murphy said.

“One thing to be clear about is that we did not ask faculty about their beliefs about intelligence for any particular group. We simply asked in general do you think students’ ability is relatively fixed or is it something that can change and develop over time. I think there is some evidence to mitigate against the conclusion that this is just bias on the part of faculty.”their professors.”

The two-year study included the survey and looked at the students’ course evaluations.

“What we see is that racial and ethnic minority students are really tuned to those kinds of messages and so they pick up on this growth mindset belief as signaling there are pathways to success here,” Murphy said. “If I attend office hours, if I answer questions in class, if I study in groups, if I do the problems fast, these are the ways to increase my performance and ability in this class. That’s what the growth mindset faculty are likely communicating in these different contexts.”

Canning said that because racial and ethnic minority students have reason to wonder whether or not they are valued and respected in class, they are going to be “tuned in to these kinds of messages and the faculty’s beliefs even more.”

She added: “We think they make more of a difference because these students are looking for those kinds of cues in their environments and they are finding more motivation and better performance in the classrooms that have these growth mindsetted faculties,” she said.