From 1st through 5th grade, I attended St. Mark’s Roman Catholic School in Harlem, New York. At this predominately Black school, Black History Month was celebrated regularly and fully. At St. Mark’s (and many other schools in Harlem at that time), Black History Month was when Black history “decorations” (i.e. posters, timelines, special calendars and other informational décor) were brought out and hung on walls throughout the school. Black history nonfiction of all types were featured and highlighted in the classrooms and libraries. The annual Black History Month program always opened with the “Negro” national anthem “Lift Ev’ry Voice and Sing” and featured student presentations and performances of the works of Black playwrights, poets, choreographers and songwriters.

I fondly remembered all of this this year as I was preparing for a Black History episode of the “No Stupid Questions Show” podcast. My cohost and I planned a fun “stupid question.” Could we each name at least 10 significant figures in Black History? Names came to mind immediately such as Harriet Tubman, Benjamin Banneker, Charles Drew, George Washington Carver, Madame CJ Walker, Marian Anderson, Alvin Ailey. As we continued the discussion, the names of other important and pioneering figures in various categories that stared down at me from grade school posters every February flooded my memory – Arthur Ashe and Althea Gibson, Jesse Owens, Muhammad Ali, Shirley Chisholm, Lena Horne and Paul Robeson, Frederick Douglass, Marcus Garvey, W.E.B. Du Bois, Booker T. Washington and of course Martin Luther King and Malcolm X. Like the lyrics to the songs from Schoolhouse Rock, constant exposure to these names as a child had caused them to be burned indelibly into my memory. 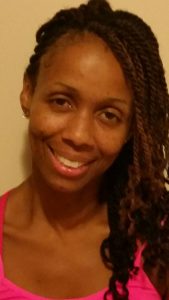 I am only now realizing how important to my personal growth were these early experiences with Black History Month, and the cultural and ethnic pride they engendered. Before now, I hadn’t appreciated the impact that this consistent and practiced celebration of Black history and excellence from my childhood had on my aspirations and belief in myself and my abilities. This positive sense of self was and is critical to my mental health and resilience.

In 2017, the CEO of AT&T Randall Stephenson made a powerful speech at the annual sales meeting warning attendees that “tolerance is cowardice.” His point was that mere tolerance is not sufficient for true diversity; true diversity requires understanding one another through dialogue (sometimes uncomfortable) and engagement.  Ironically, it is specifically because of Black History in this country that the dialog and engagement to which Stephenson referred is needed now more than ever before.

Recently, a group of students in Rhode Island filed a class action lawsuit against the state for not providing the civics education necessary to prepare them adequately for participation in the political process. Shouldn’t the same rules apply as it relates to our racial “process”?  Our democracy cannot function at a high level without citizens that are aware of how it works and how they contribute. Similarly, as Randall Stephenson said, our society cannot function at a high level unless we truly embrace (not just tolerate) every member of it.

Lessons in history tend to command respect and inspire progress. Carter G. Woodson’s intention with his founding of Black History Month (or, as it originated, “Negro History Week”) was just that. By uncovering and popularizing knowledge about the achievements and progress made in Black History, he hoped to inspire “[Black people] to greater achievements.” By educating and creating a dialog around the same, he was also commanding the respect of others.

Black History Month is a reminder to us (all of us) to update our understanding and appreciation of Black History in order to inspire progress and command respect. At every level of education, during the month of February, we should intentionally engage in Black History dialog (uncomfortable or not). We have ample resources at our disposal. That engagement should continue year round.

The organization that Carter G, Woodson started in 1915, the Association for the Study of African American Life and History, continues to operate today. The Journal of African American History, the publication Woodson first started, is now but one of many rich sources of Black History information which are constantly being updated for new and/or previously unrecognized contributions, as he intended. The New York Times  even has a special section series (annually updated for Black History Month) called “Overlooked.” Overlooked is the Times’ effort to acknowledge previously unrecognized Black History figures with a long overdue NY Times obituary “capturing the lives and legacies of people who have influenced the world in which we live.”

I am glad I had the opportunity to experience Black History Month the way I did. It was in the spirit of what Carter G. Woodson intended; it was a critical ingredient in the formation of the sense of pride that enabled me to aspire and succeed. In this country, it is even more critical that Blacks develop the cultural and ethnic pride as a foundation of positive identity and esteem, mental health and resilience. If we truly want to “make America great again,” I suggest we each take the opportunity each February (and beyond) to find new ways to celebrate Black History Month intentionally in a way that educates, goes beyond tolerance, advances dialog and engagement, enables understanding, commands respect and inspires progress.

Based in Atlanta, Tanya Leake is a certified health coach, group fitness and dance instructor, wellness educator, presenter and author of “GET A GGRiPP: The Health and Wellness Movement Rooted in Black Cultural Traditions.”  She is also co-host of the podcast No Stupid Questions. You can follow her at embodywell.com and nostupidquestionsshow.com.