Florida A&M University (FAMU) board of trustees recently approved a new initiative that positions the institution as a central educational resource on the benefits of medical marijuana use as an alternate health remedy. 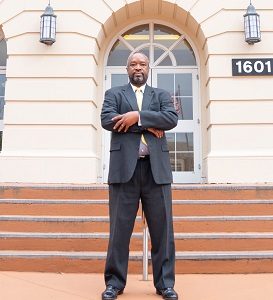 The Marijuana Education and Research Initiative is supported by state legislation that grants FAMU a leading role in efforts to educate minority communities not only about the uses of medical marijuana, but also the consequences of illegal drug use, given disparities in the criminal justice system around marijuana criminalization.

Peter Harris, a business and government consultant on economic development and community revitalization issues, will oversee the initiative and serve as director of marijuana projects and the newly established Center for Marijuana Education and Research.

“Given the university’s historical role in educating minority students and facilitating their access to industry, FAMU is in a unique position,” Harris said by email. “As a research institution, FAMU offers a vast platform and is in a unique position to study and understand the science of medical marijuana. Our role is to generate and provide information to scholars, and translate the information for lay communities as well.”

The initiative is a direct result of overwhelming voter consensus to pass the 2016 Florida Medical Marijuana Legalization Initiative, or Amendment 2, and is championed by the Black Legislative Caucus. The legislation authorizes FAMU’s Division of Research to receive $10 out of every $75 paid for a medical marijuana use identification card in the state. Funds raised will be deposited in the FAMU Medical Marijuana Education Account.

The institution had collected $885,000 back in October, the Tallahassee Democrat reported. Now, more than 190,000 qualified patients have an active ID card, according to a March update from the Office of Medical Marijuana use in the Florida Department of Health.

In addition to partnering with the Florida Department of Health, Harris noted that the Marijuana Education and Research Initiative will work with, among others, a state-wide network of community, faith-based organizations and academic partners, including FAMU researchers and educators in pharmacy, allied health, public health, agricultural, food sciences and more.

“Our plan requires our team to execute a state-wide campaign targeting Florida’s diverse minority communities across all demographics,” Harris added. “We are forming coalitions throughout the state to effectively engage local stakeholders to deliver our messages on benefits and consequences.”

Since Florida’s government also approved the production of hemp by FAMU in 2017, Interim Vice President for Research Dr. Charles Weatherford and the hemp research team are working to explore potential uses for the plant. Researchers additionally hope to establish research farms across Florida to see how hemp acclimates to the state’s climate, as well as involve underserved farmers affected by Hurricane Michael, according to WTXL Tallahassee.

Dr. Janana Snowden, director of Southern University Ag Center’s Southern Institute for Medicinal Plants (SIMP), said that FAMU’s Marijuana Education and Research Initiative is one that is “much needed,” especially as HBCUs have played a major role in bringing educational, research and other opportunities to populations that are often underserved, she said.

“As the nation continues to see and seek the benefits of medical marijuana, we are able to not only offer our students and faculty groundbreaking opportunities, but we can educate our community and hopefully dispel many of the negative connotations surrounding marijuana,” Snowden said.

Based in Baton Rouge, Southern moved forward with its own medical marijuana program last summer after the Southern University Board of Supervisors approved a contract with Advanced Biomedics, LLC. The agreement to cultivate and produce medical marijuana at Southern’s research facilities makes the program the first ever at an HBCU, and includes $6 million in funding support for five years.

After initial delays with Advanced Biomedics, Southern decided to move forward with another investor, Ilera Holistic Healthcare, late last year when the company bought out the majority of Advanced Biomedics’ shares.

“The new company was able to come in and give us $2.15 million [in seed funding] to ramp up operations,” Snowden said. “We are on track to build our facility near our campus and start the cultivation process.”

Similar to FAMU’s initiative, Southern will soon provide programming and educational outreach to the community and wider region on the benefits and consequences of medical and illicit marijuana use. The medical marijuana program will partner with the Southern system’s other campuses, including the Southern University Law Center, Snowden said, adding, “We definitely realize the disparities in the criminal justice system when it comes to minorities.”

How can other HBCUs become involved in the emerging legal marijuana industry?

Snowden recommends tapping into the resources offered in institutions’ agriculture department, if possible.

“I suggest they really do the research about the laws and other regulations in their particular city, and connect with other schools that have been successful in the arena,” she added.