In a development less like a phoenix rising from the ashes than an academic acrobat landing on her feet, Folt was presented to the USC community in an afternoon news conference Wednesday after the board of trustees voted earlier in the day on her appointment. 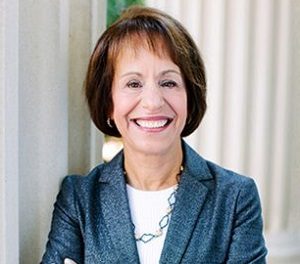 There was no mention of the drama that led to her departure from UNC, where in January she directed the removal of the base of the controversial Silent Sam Confederate monument after protesters toppled the bronze statue on campus last August. On the stone base were plaques commemorating university students who had fought for the Confederacy in the Civil War, and the university’s board of governors took exception to her action.

When Folt announced her decision for safety reasons, she also surprised many with the announcement that she would resign at the end of the school year in May. But the board of governors invited her to an early exit by the end of January, ending a tenure begun in 2013 during which she led the university to numerous qualitative and financial successes.

Dr. Shaun R. Harper, an endowed professor in urban leadership and the founding executive director of the USC Race and Equity Center, praised her selection as the first woman president in the school’s 139-year history.

“When I was an undergraduate student at Albany State University, we hired our first woman president,” said Harper. “She was a transformative leader. And I spent a decade as a faculty member at the University of Pennsylvania, which is led by one of the two or three best presidents in the country, who is also a woman. I am excited that my current university has hired an extraordinarily experienced woman to be our permanent president.I look forward to working with President Folt on efforts to advance USC in a multitude of ways, most especially on substantive matters pertaining to equity, diversity and inclusion.”

Dr. Charles Davis, chief strategy officer at the Race and Equity Center and an assistant professor of education, called her appointment “a move in the right direction” given recent events at USC and said that she demonstrated “integrity as a leader.”

“I’m looking forward to the opportunity to work with her and point this university in a new direction,” said Davis,

Dr. Yaniv Bar-Cohen, a professor in USC’s Keck School of Medicine and president of the USC Academic Senate said Folt’s career “embodies a commitment to all aspects of academic excellence while always putting people first.”

Noting that Folt was the unanimous choice of a 23-member advisory committee after a global search that looked at more than 100 candidates, trustees chair Rick Caruso called her “the right leader at the right time.”

“As I have come to know Dr. Folt and how she thinks, it is clear that USC has chosen a brilliant, principled leader with clarity of purpose and integrity to lead the university forward and upward,” he said.

Monica Levitan contributed to this story.