The Nassau Community College (NCC) Board of Trustees have announced that  Dr. Jermaine Williams has been named its next president, effective July 1.

Williams currently serves as vice president for student affairs at North Shore Community College, where he has worked to reform academic advising and establish policies that address student housing and food insecurity.

“I am pleased to welcome Dr. Jermaine Williams as the next President of Nassau Community College. Dr. Williams brings to the campus community a wide variety of experiences and skill sets, and his emphasis on supporting underrepresented students and groups will resound well with our students,” said board chair Dr. Jorge Gardyn. “As Nassau Community College’s next president, Dr. Williams’ appointment represents a new and exciting chapter in the ever-evolving history of our College.” 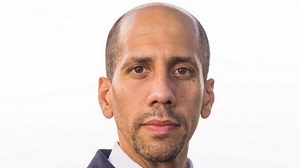 Williams will be the seventh president of NCC, which is the largest single-campus community college in New York. He was among three finalists for the position. The other candidates were Maria Conzatti, vice president for academic student services at NCC and Christine Mangino, who works at CUNY Hostos Community College, according to Newsday.

He also worked as director of student initiatives at Community College of Philadelphia; Coordinator of fist-year student programs and academic adviser at Temple University, and as assistant to the director of the university freshman center and assistant coordinator of the self-pace program at St. John’s University.

“Dr. Williams has a holistic approach to helping students acquire a college degree, one that includes academic support and solutions to challenges, such as food insecurity and homelessness,” said SUNY chancellor Kristina M. Johnson. “Through his work, students have achieved higher GPAs, and programs have had improved retention rates. I am excited to see the impact he will have on Nassau Community College.”