“Black Studies is probably the most enduring victory of the Black Power Movement,” says Dr. Melina Abdullah. “It’s part of an institution that never wanted it. And so it means that the struggle is constant, because the institution is always trying to shut us down and kick us out. But it also is kind of a way of taking resources back. An education system that was intended for, you know the sons and daughter of the wealthy—that scandal that’s plagued the country.”

It’s the outspoken voice of Abdullah, the scholar and a leader of Black Lives Matter. She’s also the chair of Pan-African studies at Cal State L.A.

As I was gleaning the media sources for the  “Diversity in Media” class I teach at San Francisco State University, I found Abdullah in one of the places you can be assured to hear a voice like hers. Not in the mainstream, but in the online publication Truthdig.com. The audio part of the  interview with legendary journalist Robert Scheer is also on KCRW radio.

And so while the mainstream media has covered the college admissions bribery scandal as if it were a celebrity failure, it was refreshing to hear Abdulllah cast it from an ethnic scholar’s perspective; That no matter how the privilege buy their way in, people of color are here and after 50 years of ethnic studies, still an integral part of the institution that didn’t want us in the first place.

I don’t think you’d read that take in the mainstream media.

But Abudllah doesn’t stop there. About the general state of communities of color over the last few decades she was critical, but stays optimistic because the struggle never ends.

And the oppressors do not fare well.

“Through whatever forms we have—through media, through personal interactions, through our writings…they’re going to lose,” she says. “Let me say that real clear. The white supremacist, patriarchal, heteronormative capitalists are going to lose. Because they always lose. The only way they win is when we refuse to fight.”

That’s the kind of refreshing bluntness that you just don’t hear these days from academics. But it’s real. And it comes out of the consciousness of the students and activists who struck for their voices 50 years ago.

“I think it’s really important that we recognize that black studies, and all ethnic studies–we’re the only academic discipline that comes out of struggle, right? So it wasn’t that the university decided that they were going to give us black studies; it was the students, the faculty, the community, in really kind of the trenches of the Black Power Movement, demanding educational justice. So you had Black Panthers, you had community members, you had regular students shutting down San Francisco State University for four and a half months, demanding a Black studies department.”

As an adjunct professor in the Journalism department for the Spring semester at San Francisco State University, it was the first time I heard someone outside my campus put SFSU in the proper context for what happened there 50 years ago. 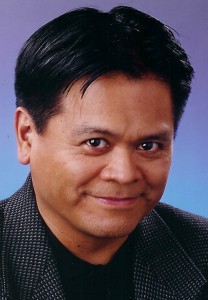 “You had the Brown Berets, and you had a Third World movement that developed out of it,” Abdullah continued in her interview with Scheer. “But the first was Black studies, and it opened the way for all of the other ethnic studies departments and programs. And San Francisco State still, to this day, is the only college of ethnic studies in the country. One of the beautiful things, though, is absolutely the Third World solidarity, but also the way in which we understand that when we fight, we win. So when Black students are willing to put themselves on the line, when they recognize that their student identity is only a piece, and a temporary piece, of who they are—that really who they are is black community members, and the struggles in Black communities shouldn’t be separate from what we engage in on campus—they’re able to win tremendous victories….So Black studies does three things. It seeks to fill in subject area, right? So we know that the system of higher education, just like every institution in this country, is meant for the benefit of white, wealthy, seemingly straight men. And what it says is, we’re not going to tell lies that benefit that system, that benefit white supremacist, patriarchal, heteronormative capitalism. Instead, we’re going to introduce a model of education that tells the truth. That, you know, Columbus didn’t discover America and Lincoln didn’t free the slaves.”

There was so much in that interview, including the importance of HBCU’s (Her mother a Spelman graduate, Abdullah graduated from Howard, which she described as “transformational.”) As a proud HBCU supporter, she talks of her three young children and says they can go wherever they want, but that she “ will pay for them to go to a Black college…because if they go to a Black college, I know that somebody there is going to see my child and love them as their child, and make sure they get through, just like I make sure my students get through.”

When you don’t hear voices like that included in the mainstream, you don’t think they exist. Or you think everyone is just nodding in agreement.

Too bad you have to turn to alternative media sources like Truthdig to hear voices like Abdullah’s. Not to hear alternative facts. And not to hear some strident rant. What Abdullah represents are the intelligent legitimate voices that are too often ignored.

It’s the real perspectives and opinion that reflect the diversity of our country.

Emil Guillermo is a journalist and commentator. His “Emil Amok” column is at the Asian American Legal Defense and Education Fund. You can follow him on Twitter @emilamok