Fundraise or Die Trying: Bennett, Cheyney and the Future of HBCUs - Higher Education

In 2019, historically Black colleges and universities (HBCUs) are learning the hard way that fundraising over $8.2 million dollars in less than 60 days may not be enough to keep hope alive. The $8.2 million dollar figure refers to the amount raised by North Carolina’s Bennett College between December 2018 and February 2019 as a part of the #StandwithBennett campaign that garnered national attention after celebrities publicly endorsed the college’s effort to retain its accreditation. Yet, despite all of Bennett’s efforts, the college’s accreditation was pulled.

Bennett College isn’t the only HBCU attempting to survive the constant pressure of fundraising as a means to retain accredited. Cheyney University, America’s oldest HBCU, recently found itself in a similar situation. After the recent hiring of The Roz Group to assist with their fundraising efforts, the president, Aaron Walton said he’s not worrying about balancing the budget and assures supporters that Cheyney is going to stay open. The school has been given until June 30, 2019 to raise the nearly $4 million needed to balance its budget. And that’s only the first of many requirements Cheyney must meet in order to keep its doors open. 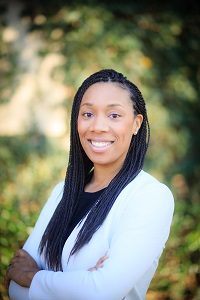 While some assume fundraising is not the most significant aspect of higher education, failing to focus on fundraising is likely to lead HBCUs currently on the “brink of financial insolvency” down a path of no return. This revelation is not new. Because of mismanagement of fiscal resources or loss of accreditation, several HBCUs have closed their doors since 1970. In order to stop the hemorrhaging, HBCUs must diversify their incoming financial support and double down on alumni, current student, faculty and staff giving. In doing so successfully, HBCUs can make the aggressive argument for equitable access to local, state and federal funding. As Johnny C. Taylor Jr., past president of the Thurgood Marshall College Fund (TMCF), shared with The Undefeated, the blame can’t be on the state and federal government alone. HBCUs must galvanize and maximize their internal fundraising efforts and prove that they are working just as hard if they are to continue asking the state and federal government for support.

Although the United States Senate recently passed the HBCU Propelling Agency Relationships Towards a New Era of Results for Students Act, to give historically Black institutions of higher learning more access to grants and programs from federal agencies, according to David K. Sheppard of the Thurgood Marshall College Fund, HBCUs only receive on average 1 percent of their revenues from federal entities as opposed to public universities who receive 43 percent.

This astronomical gap, in essence means, HBCUs will need to work twice as hard and at a faster pace in order to ensure the future of their institutions is stable. Though news of HBCUs struggling to close endowment gaps or their mismanagement of finances often catches the eye of the media, there are several examples of successful HBCU fundraising efforts. Spelman College, for example, raised over $157 million during a 10-year fundraising campaign led by former president Dr. Beverly Daniel Tatum. Hampton University, which has been under the leadership of Dr. William R. Harvey for 40 years, shattered a fundraising goal for their annual gala last year. Though institutions like Spelman College and Hampton University have successfully navigated the fundraising world, many of their HBCU counterparts continue to struggle.

Unfortunately for many HBCUs, bypassing much needed improvements and upgrades to their internal development teams is no longer an option. In order to catapult fundraising efforts to the front of the priority list, HBCU presidents must expand their development team and ensure the members of that team are qualified and trained to raise funds. This means ensuring members of the development team partake in consistent professional development opportunities such as conferences and online webinars. As Nelson Bowman III said in his 2010 article, “Cultivating future fundraisers of color at Historically Black Colleges and Universities”, “historically Black colleges [must] cultivate their own future fundraisers to satisfy the nation’s growing need for fundraisers of color.”

Raising millions of dollars in one month is not enough. If HBCUs wish to remain open, relevant, and competitive in a growing market, they must prioritize fundraising and provide a sustainable model that will transcend generations. Starting with their in-house development team, HBCUs must recognize that now is the time to take fundraising seriously – or die trying.

Raises OK’d for 4 of 5 Southern U Campuses