Dr. Huey Copeland, an associate professor of art history and the Arthur Andersen Teaching and Research Professor at Northwestern University, has advanced scholarship in contemporary and modern art of the African diaspora like few others.

“I do think that art often represents and refracts that which we most deeply value in our culture,” says Copeland. “And it also shows us those spots of trouble or vexing or disinterest as they have materialized themselves within individual fields. Art has the potential to reframe that experience and help us think differently not only about what but how it is we see.”

On April 26, the High Museum of Art will award Copeland the 2019 David C. Driskell Prize – which comes with $25,000 – for outstanding contributions to African-American art history. The coveted accolade adds to his lengthy list of grants, fellowships, awards and appointments, including from the Georgia O’Keeffe Museum Research Center for American Modernism and the Hutchins Center for African and African American Research at Harvard University. 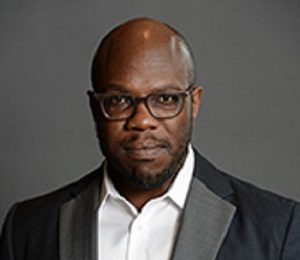 A native of Grand Rapids, Michigan, Copeland loved painting, theater and museum visits at an early age. He fell in love with the humanities while attending a magnet middle and high school, later earning a bachelor’s degree in art history and comparative literature at the University of Michigan.

Copeland actually entered his undergraduate studies with more interest in physics and theater. But after freshman-year courses exposed him to art and art history, his interest turned into excitement and he went on to New York City internships at Metro Pictures art gallery and the Whitney Museum of American Art at Phillip Morris.

Before finishing his bachelor’s degree, Copeland realized he wanted a career in academia. He went directly to graduate school, earning master’s and Ph.D. degrees in art history from the University of California at Berkeley. He chose that school, he says, because it was home to several social and art historians he greatly admired, all of whom later served on his dissertation committee.

Within his training as a historian of modern and contemporary art, Copeland focuses on contributing to conversations about artists of African descent, whom he calls “astonishing creators of form who do significant work on construction of blackness.”

Across the African diaspora, he says, Black peoples within countries “have a particular understanding of what it means not only to see, but to be seen, not only to produce an object, but to be produced as an object given the history of the trans-Atlantic slave trade. So they have made a unique contribution to the field of visual art with wide-ranging and radical artistic visions.”

Copeland is a prolific author whose writings have appeared in scholarly journals and other major publications, including essays in international exhibition catalogues and Bound to Appear: Art, Slavery, and the Site of Blackness in Multicultural America, a book that examines how slavery shaped American art in the last decades of the 20th century and argues for a reorientation of modern and contemporary art history where the subject of race is concerned.

Art history is challenging because art can’t be understood apart from its social, historical and cultural contexts, says Copeland. Additionally, the work of searching archives and the lengthy process of obtaining permissions for image use require much labor and support and can be expensive, he adds.

“But art history is a rich and rewarding area of cultural inquiry,” says Copeland. “It’s a lot of work, but the payoffs are even more rewarding.”

Some of those rewards are mentoring and helping students, pushing the field “to be more equitable and diverse” and “being able to see conversation around Black artists shift and take on new depth and complexity,” says Copeland.

“It’s exciting to be in a moment when so many incredibly brilliant curators, critics and art historians are working on Black culture and visual art in an expanded sense in this and other disciplines. That’s incredibly enriching for me. And it’s rewarding being able to teach and to share a vision of modern and contemporary art with people from different backgrounds, how questions of race and gender inform what they see and how they interpret what they see. Everyone needs to ask themselves these questions.”

And they should engage others as they engage art, he urges.

“There is no wrong answer” when someone derives personal meaning from a work of art, contends Copeland. “Keep your mind and your eyes open and try to translate what you’re seeing and feeling into words. And that’s the beginning of a conversation. There’s no final, definitive interpretation of any work of art. Each is an ongoing question, and you can contribute to that dialogue. See the work as a conversation piece that enables you to connect with others. It’s a way to build bridges across communities and disciplines.”

This article appears in the April 18, 2019 edition of Diverse.